As the house was nearing completion, I was getting ready to try to tow it with my nifty new (actually pretty old) truck. The house has gained a lot of weight since I first dragged it's empty shell across the country. I pulled it with a U-Haul from Colorado to Upstate NY a few years back which you can read about that harrowing ordeal in a separate blog post. Anyway, I was getting ready to attempt to budge it off of it's several year resting spot.
First thing I noticed was that the hitch assembly I had previously used was entirely unsuitable at this point. It was rated to 5,000lbs. I now needed something beefier and along the lines of 10,000lbs. 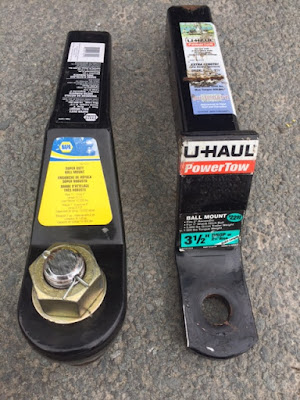 My original hitch is on the right. I transferred the ball to the new one on the left. Much better. 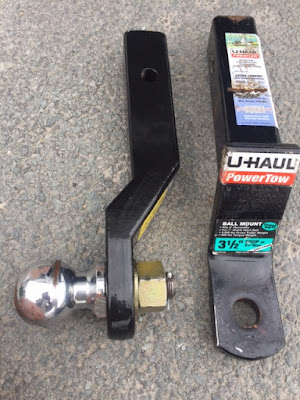 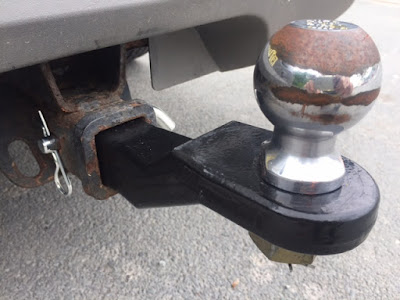 My truck is a bit lower than the U-haul was, so I needed a bit of a raised height as well. This was achieved by mounting it in reverse. 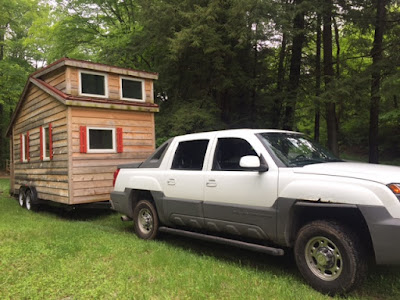 This is the tow rig. It's a 2002 Chevy Avalanche. It's the pretty rare 2500 model with the 496/8.1liter engine. Can tow about 10,500lbs. The first challenge was getting the tiny house out of the small valley where it normally sits. It had been raining and I was a bit nervous about it. 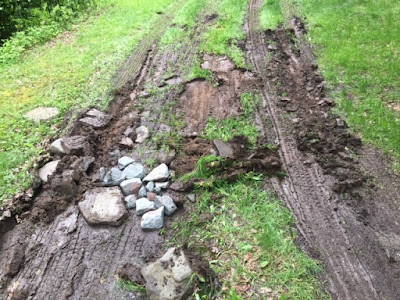 After some pretty impressive gouging of the ground, it went up the hill better than I had anticipated. 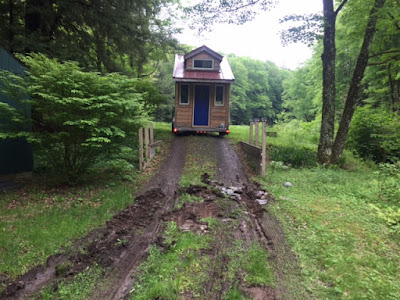 First stage accomplished for taking it on the road.