Since space is always not in ample supply in the house, I wanted a unique solution for the two things in the house requiring a door. One is the closet and the other is the bathroom. Both open up to the 'hallway' leading to the 2nd bedroom in the back of the house. Instead of doing a door for the bathroom and a curtain or similar of the closet, I wanted to have something that would do both. Th solution for me was to use a ceiling mounted track system like old barn doors, and do it that way. This was the hardware that I needed: 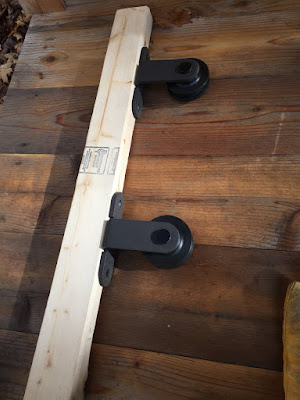 Rollers that go onto a track. This was again from Ebay and a pretty good deal at around $80 as these tracks can be on the pricey side. 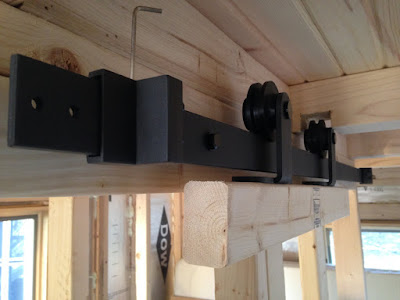 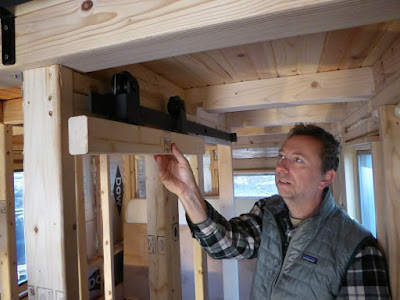 The 2x4 is just a place holder here to see what width a door would have to have to accomplish both of my goals. To mount the rail at a sufficient height, and to have the roller be able to move freely, the loft support beam had to be chiseled away a bit. You can clearly see the cutout in the image above. This was not enough of a cut to compromise structural integrity...but I was a bit worried for a little while.
I wasn't sure what the door would look like that I intended to hang here but that problem was solved quickly when I stumbled upon a really great distressed door that people had given up on. One person's trash is another person's treasure. 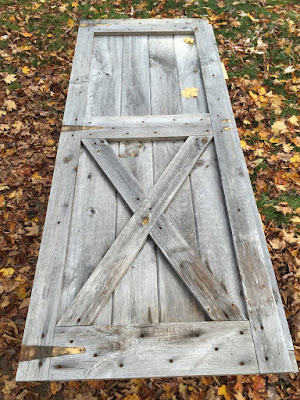 This was a stroke of luck. Problem was that door was too wide and needed to be cut down. The height was actually pretty much perfect for what I needed. I wanted to preserve the 'X' so I cut off equal parts from both sides. To do this I had to somewhat take the door apart, cut and then reassemble ('X' had to be cut down on both sides as well).
The back of the door had some support too that made the door too thick. I decided to replace those wood supports with a thin metal hurricane brace in various places. Looks good and is functional (see below). Final step was to preserve the look of the door but make it a bit more 'friendly' since it was pretty easy to get a splinter on it's rather rough surface. I chose to 'encase' it in an acrylic and it all turned out rather well. 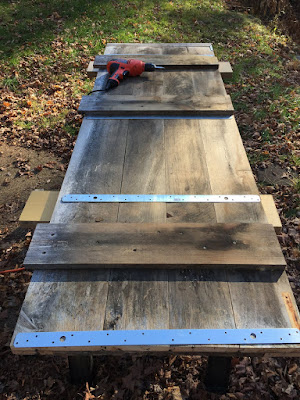 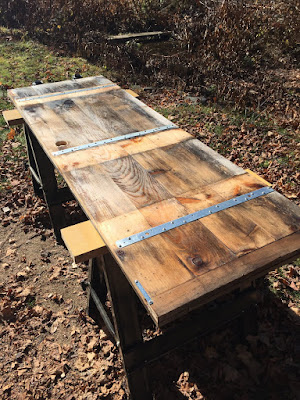 This is what it looked like after sides where trimmed off. Note that the 'X' is still centered. 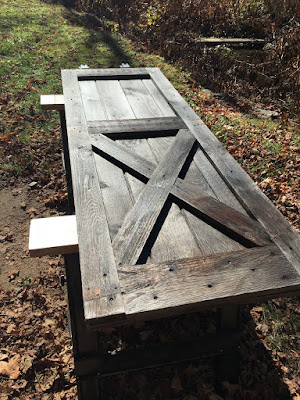 On went the acrylic. 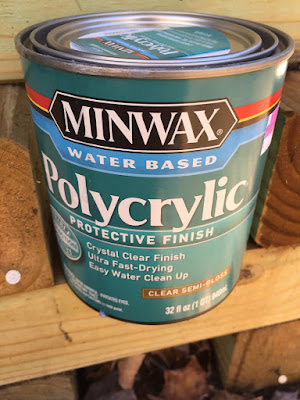 Still retains original look but without the roughness and splinters. I went with a 'semi gloss' for this step. It did make the wood a bit darker but I was happy with the result overall. 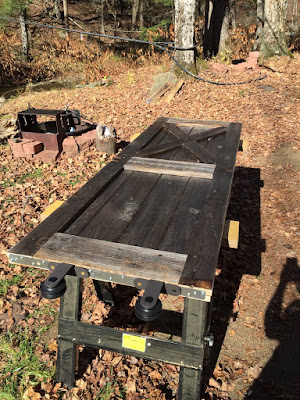 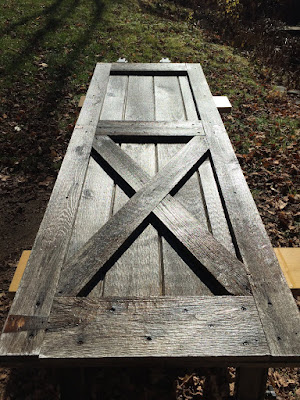 The door has now been hung but still needs the a 'guide' on the floor to keep it from flopping around and I also want to put in some front and back stops to complete this part of the project. It completely does what I wanted though which is either the closet is closed or you slide it to close the bathroom. 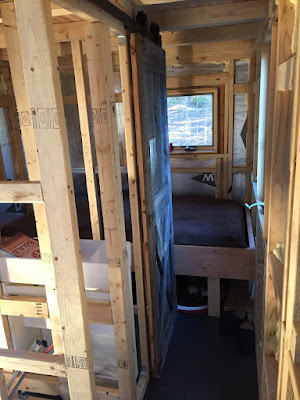 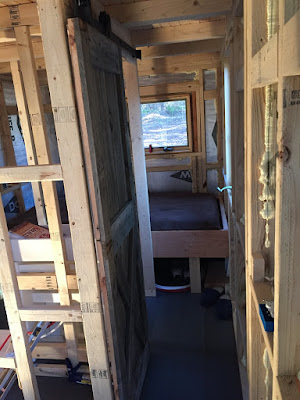 And finally, this is the view from inside the bathroom with the door closed. Walls are not covered yet but it will be great when done. 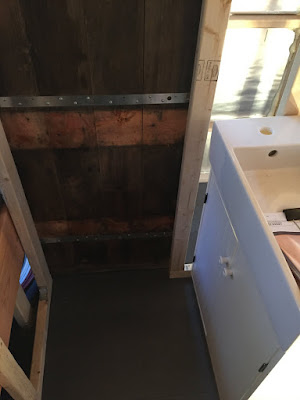