It's been a while since I last posted.  Things are progressing nicely.  I had been pondering my options in regard to the loft ladder.  It's kind of a key item for me in the house and a sort of focal point since it connects the main part of the house to the loft aka bedroom.  I started looking into this as I do with most things...on the internet.  I found some sites that sold the hardware, but I found this to be rather pricey and I still didn't have a ladder after spending all that money.  I then looked for some new alternatives as well as pondering making my own.  What I ultimately gravitated towards were the old...well used...loft ladders.  I was really lucky to find a guy about an hours drive from where I live named Neil.  He advertises on craigslist and ebay.com.  Anyway I decided to drive out to see him.  He's quite a character but also had some awesome ladders from various eras.  What I wound up choosing was an old Putnam. The company has been around for a long time and adds some americana to the house.  The ladder I chose just had tons of character, had seen it's fair share of abuse but was ultimately sound and perfect for what I wanted it for.  The ladder was in a pretty sad state but again a little vision went a long way.  Neil provided a rail (also pretty rusty) and the the only new parts were the rail mounts (4x).  In total I paid $400.  Enough blabbing...here are some pics. 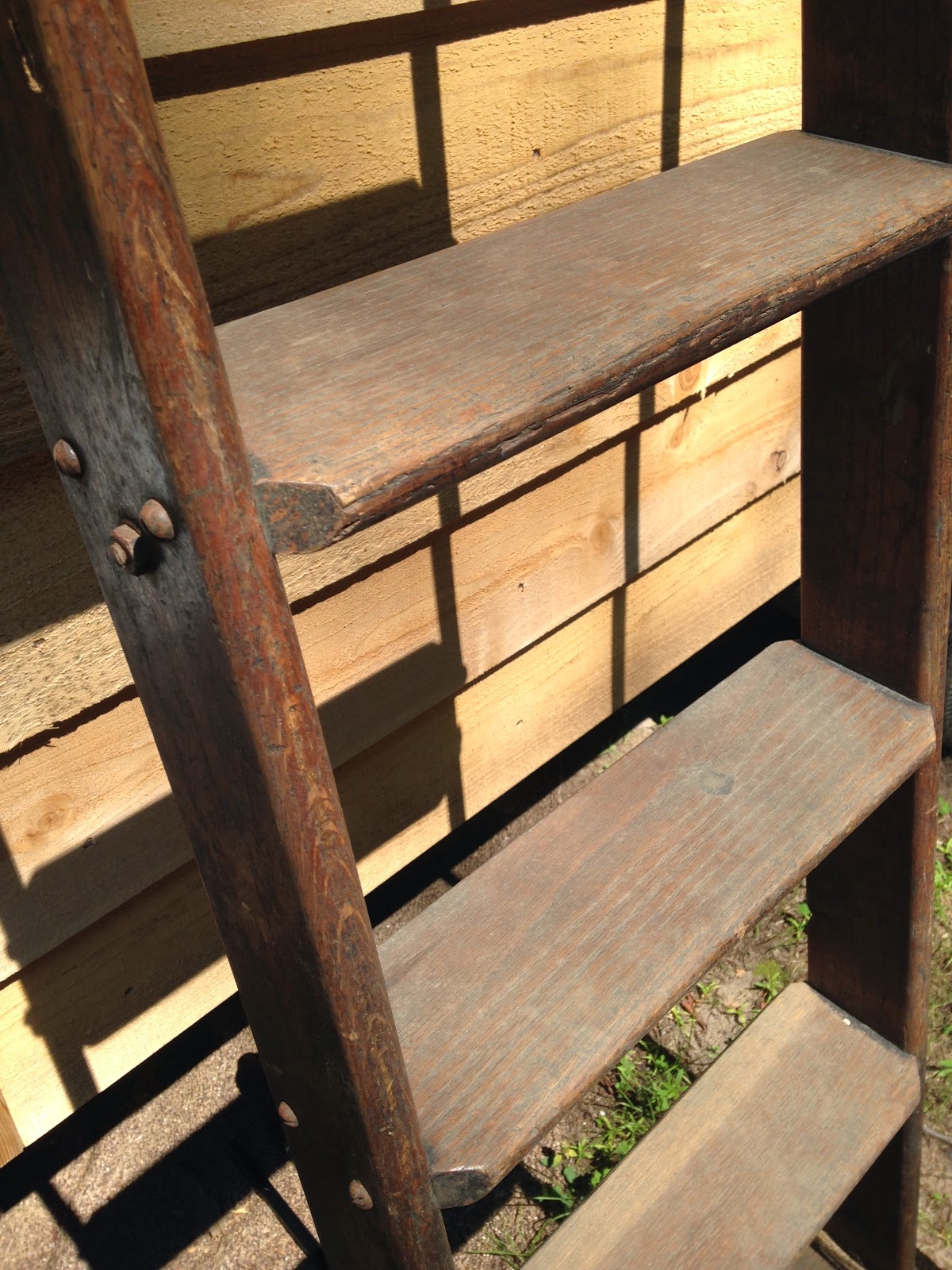 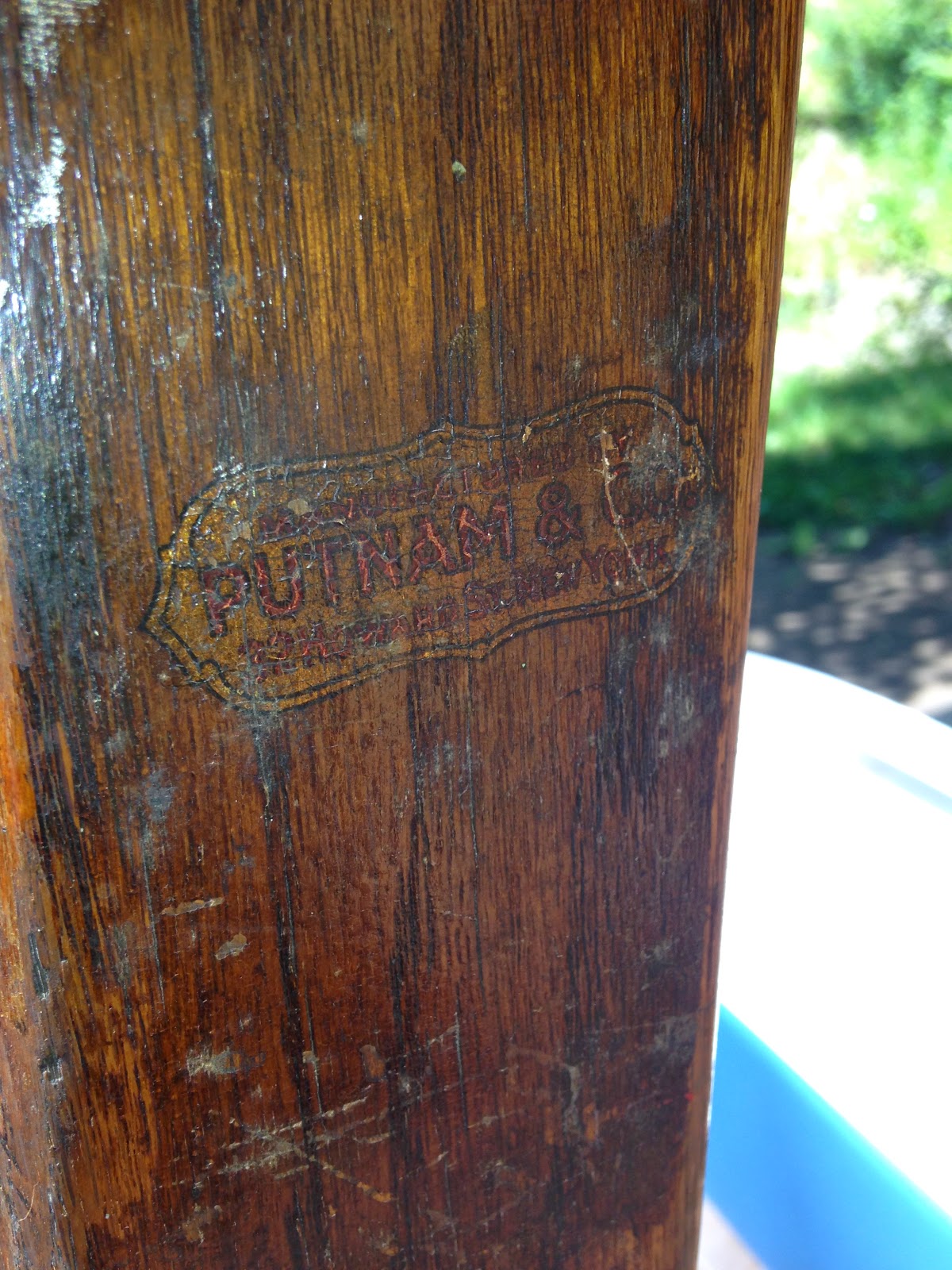 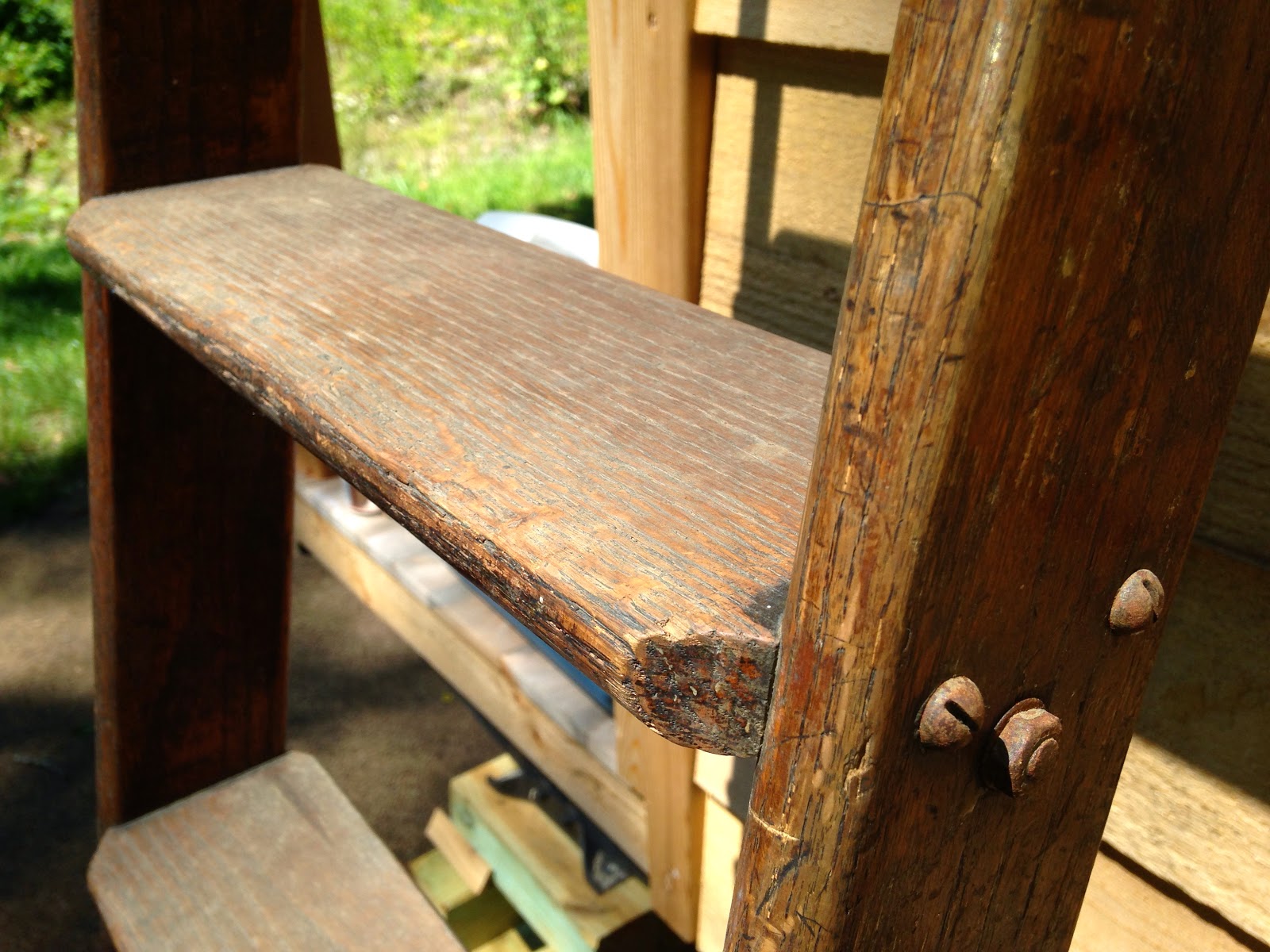 You get the idea.  Nice right?  Dirty.  I had two concerns:
1) How do I clean/restore this thing properly without destroying any of the lovely aging?
2) Cutting the ladder down to the right length (measure 17x and cut 1x)

So for the restoring I wanted to clean (not strip) the ladder and opted for a furniture cleaner (not polish). 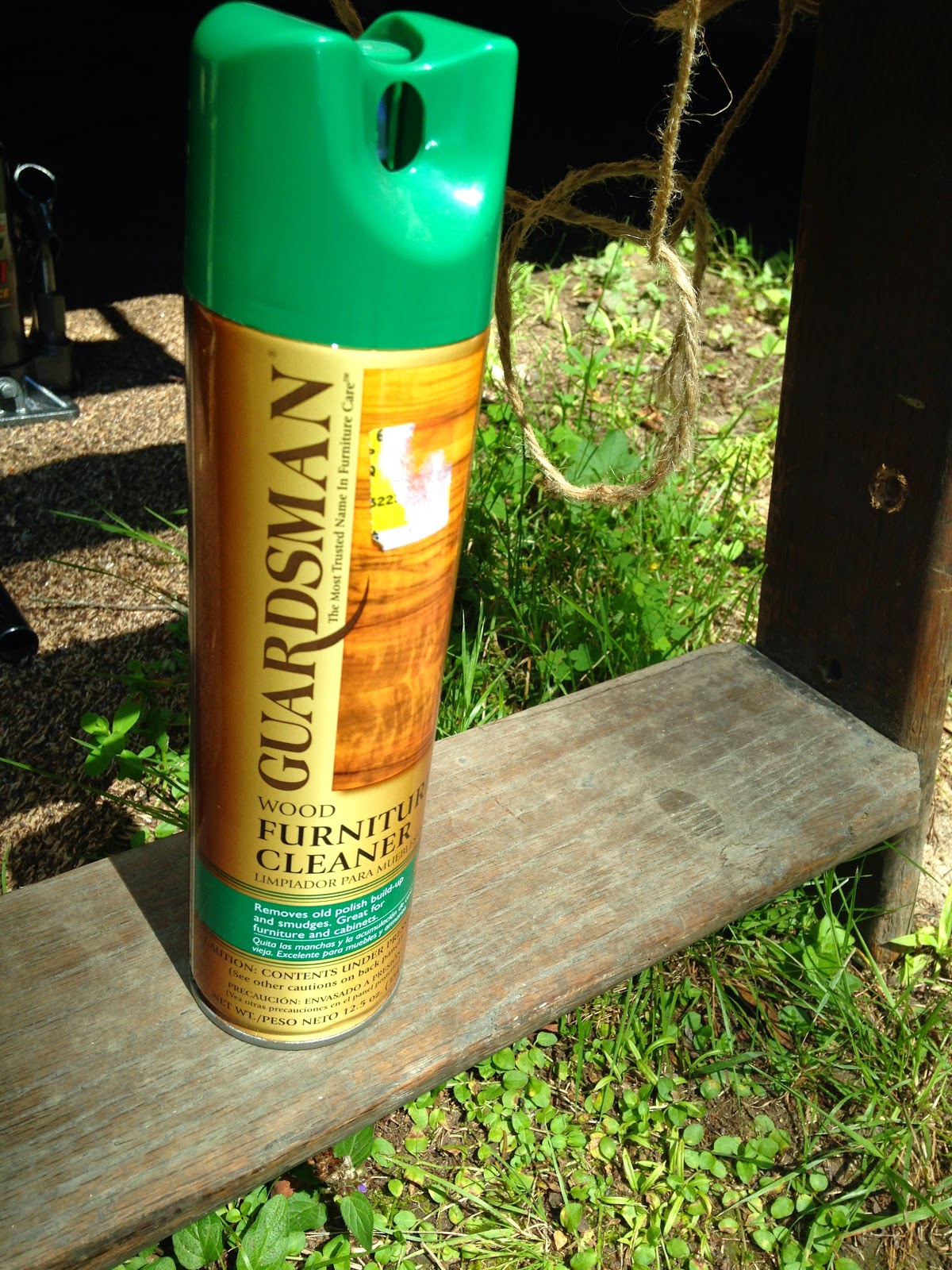 I tried this out on the bottom part of the ladder that was going to get cut off anyway. 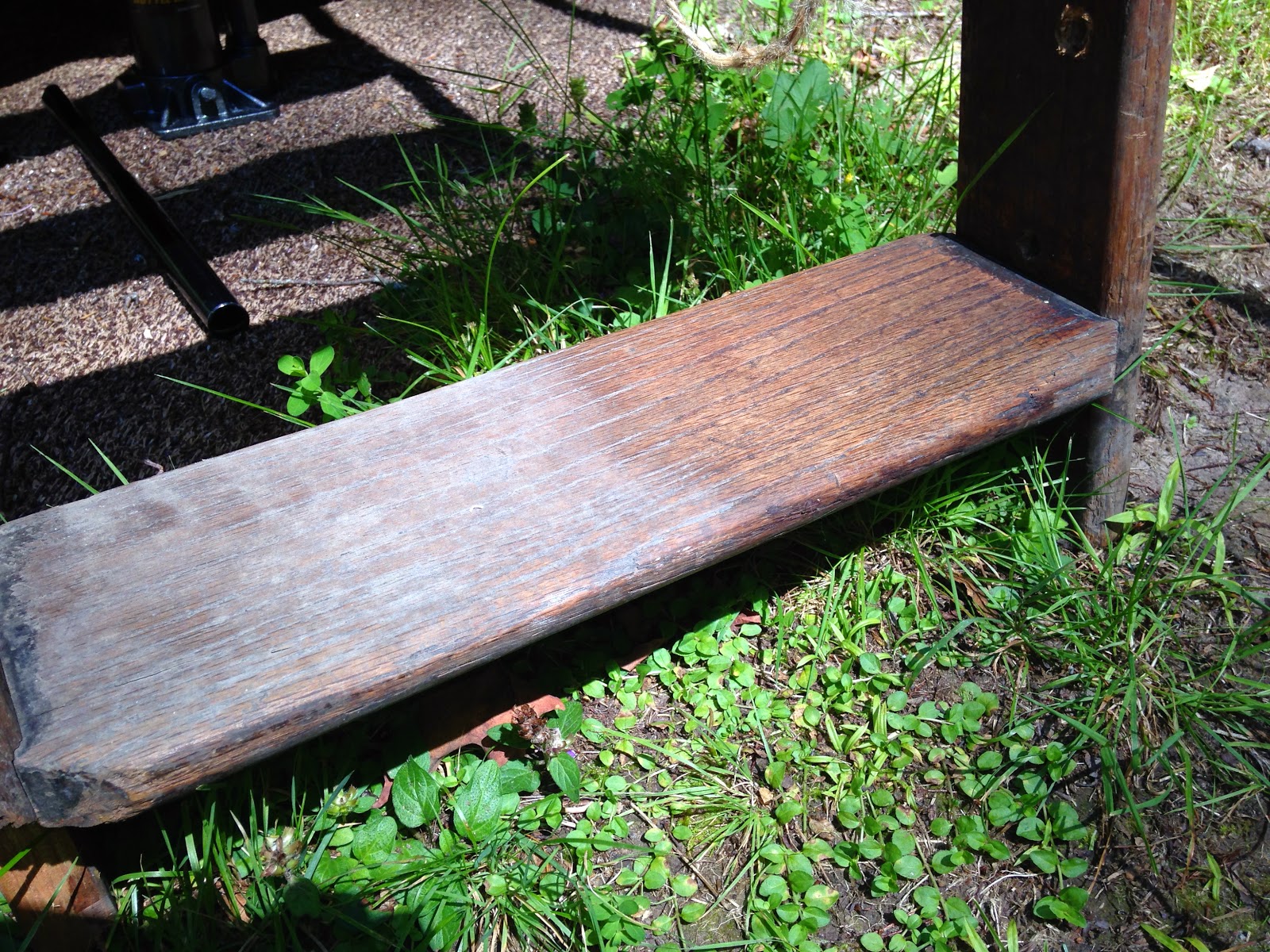 That was a good start and I proceed to do the whole ladder in this fashion. 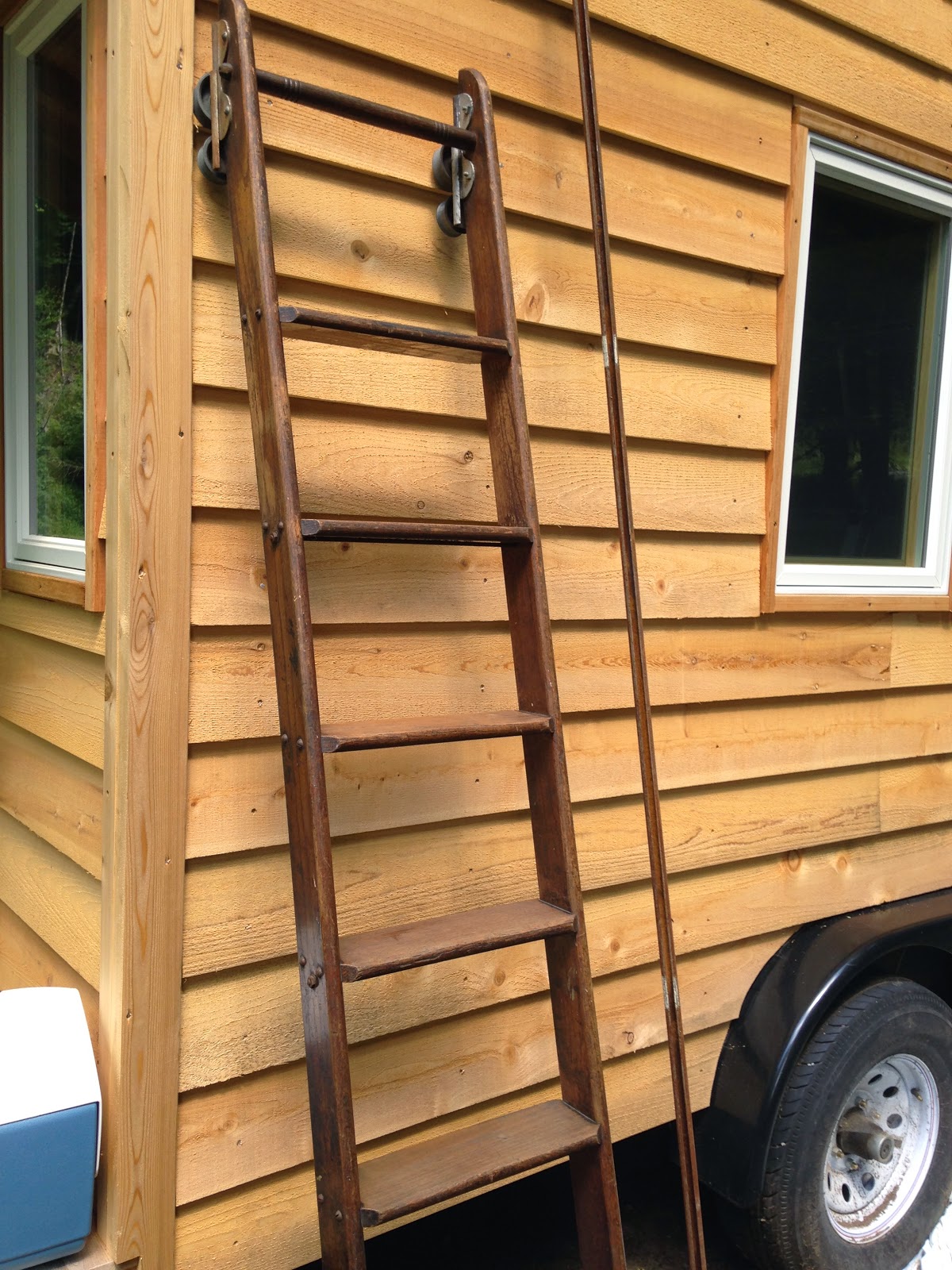 It already looked a whole lot better at that point. Second step was to use some linseed oil on this. 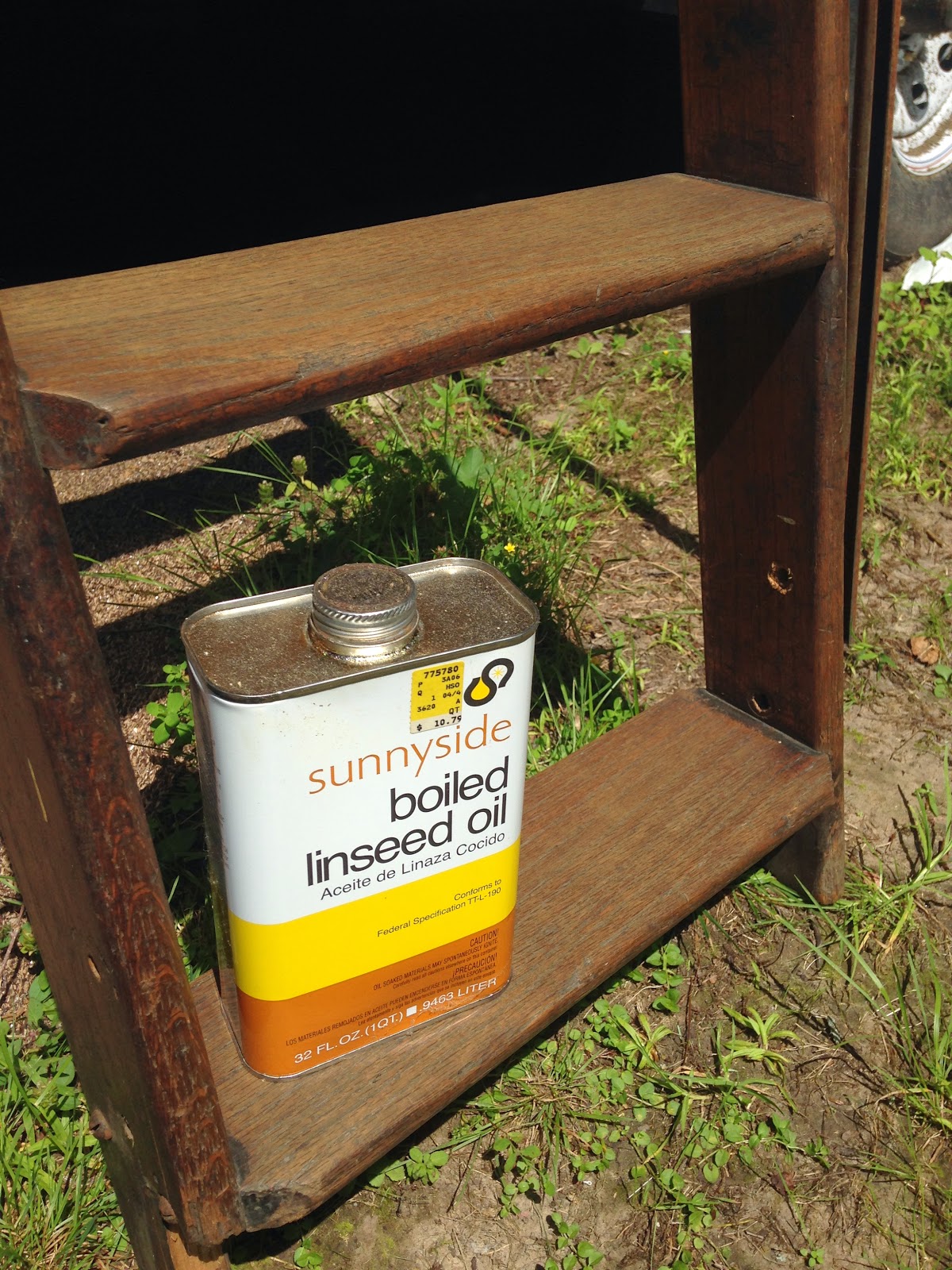 This is when things really started to look nice. 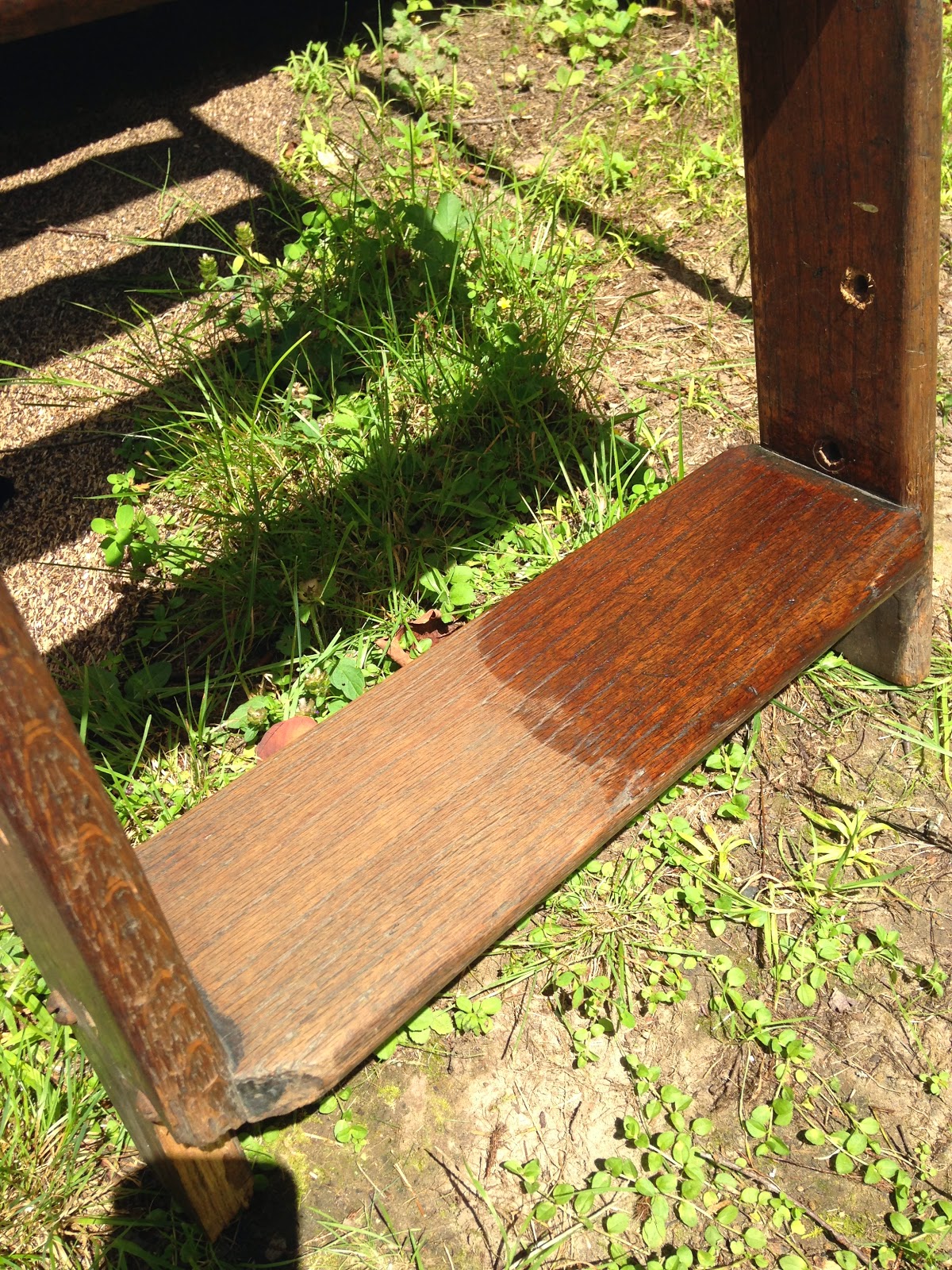 Using rags, I rubbed this on the whole thing and couldn't have been happier with the end result.  Nothing in character lost and lots gained. 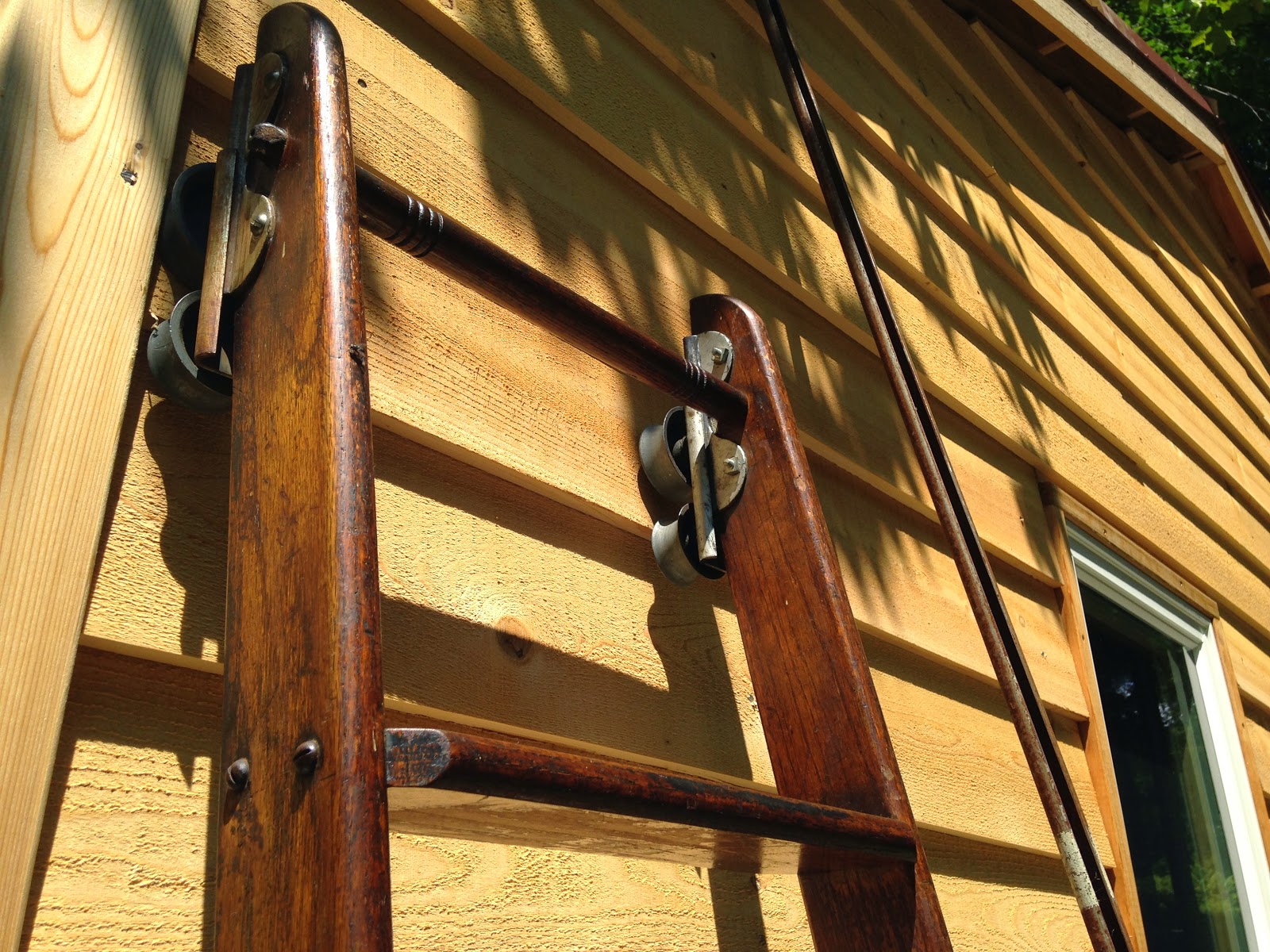 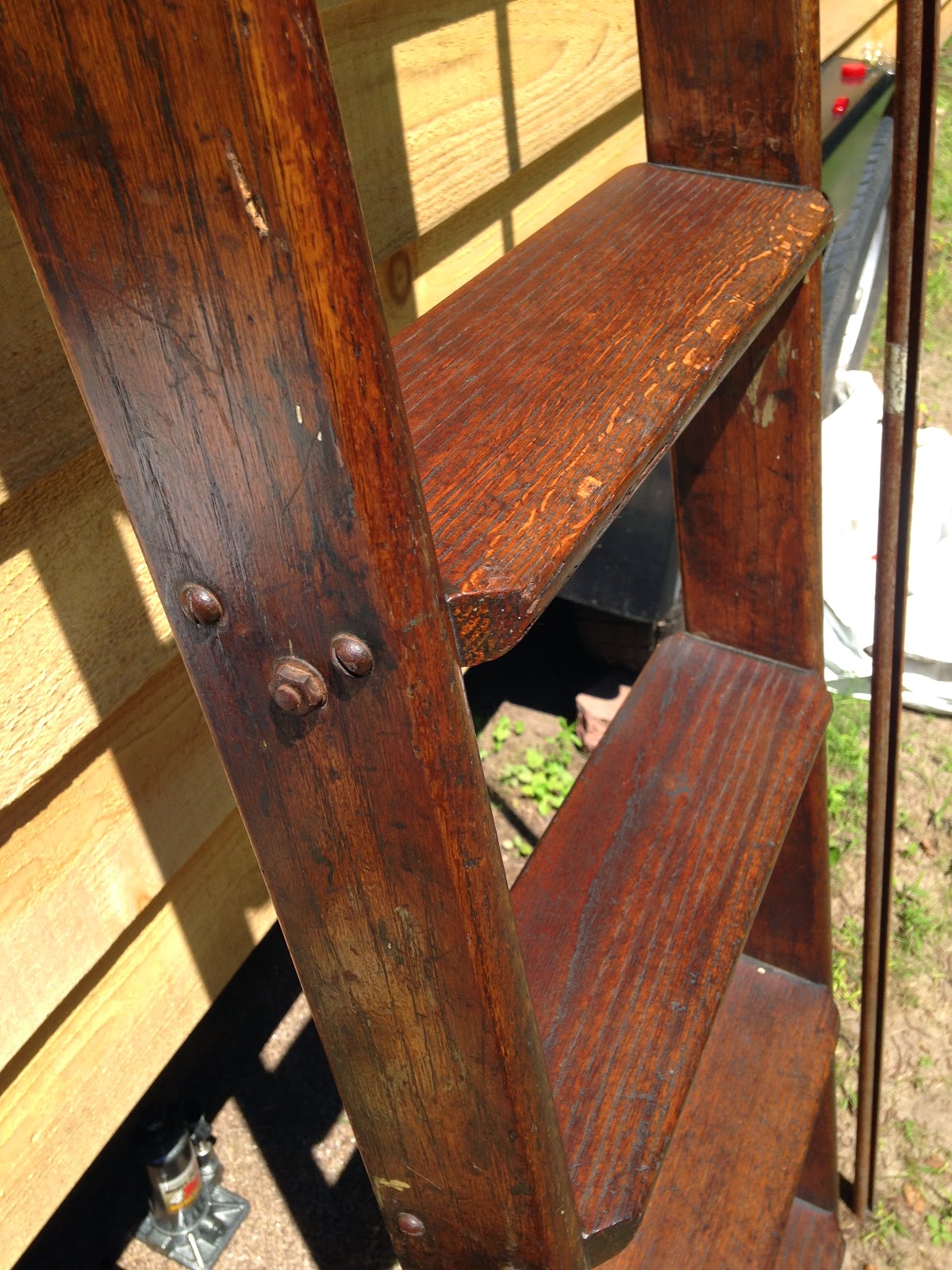 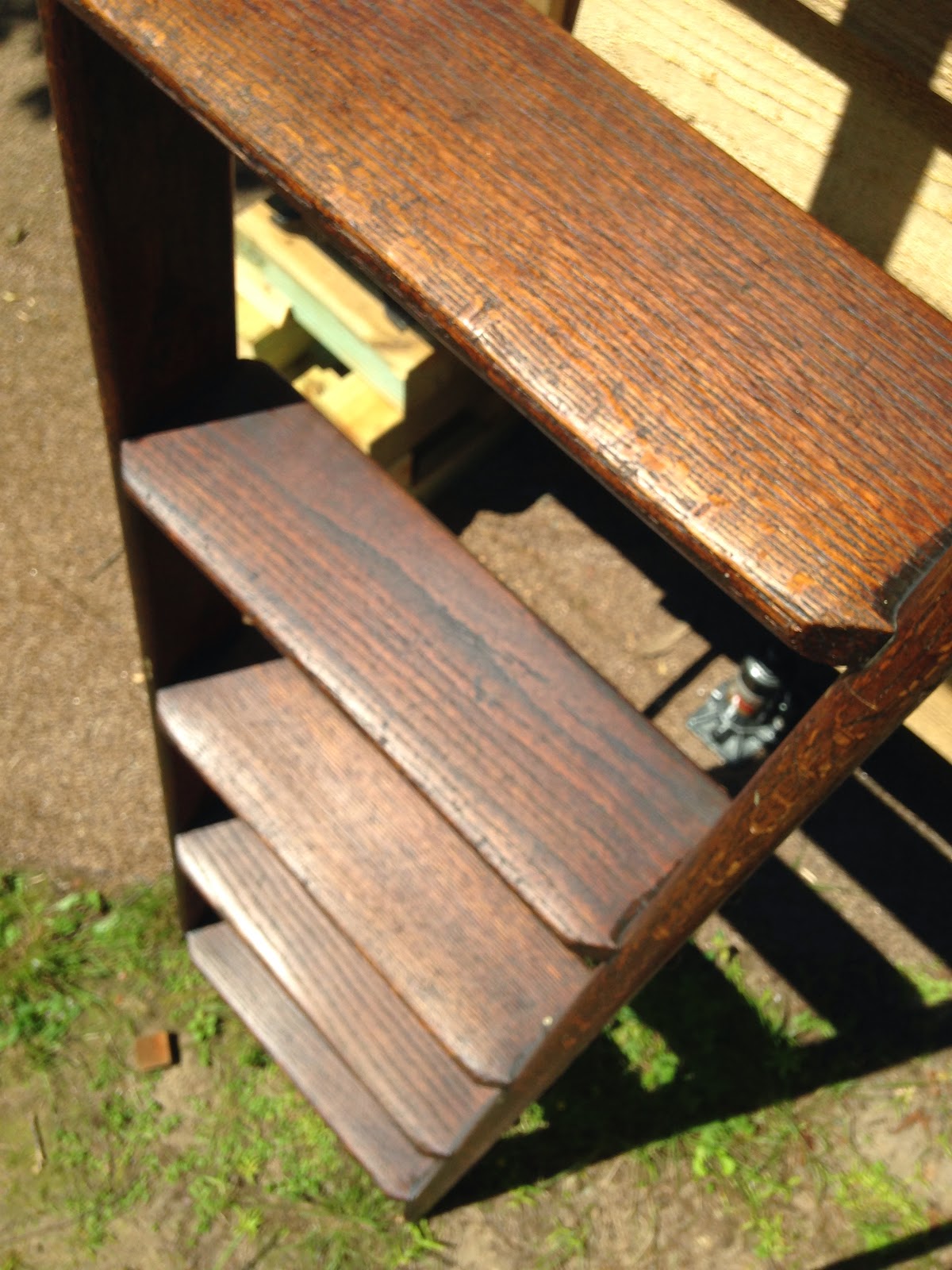 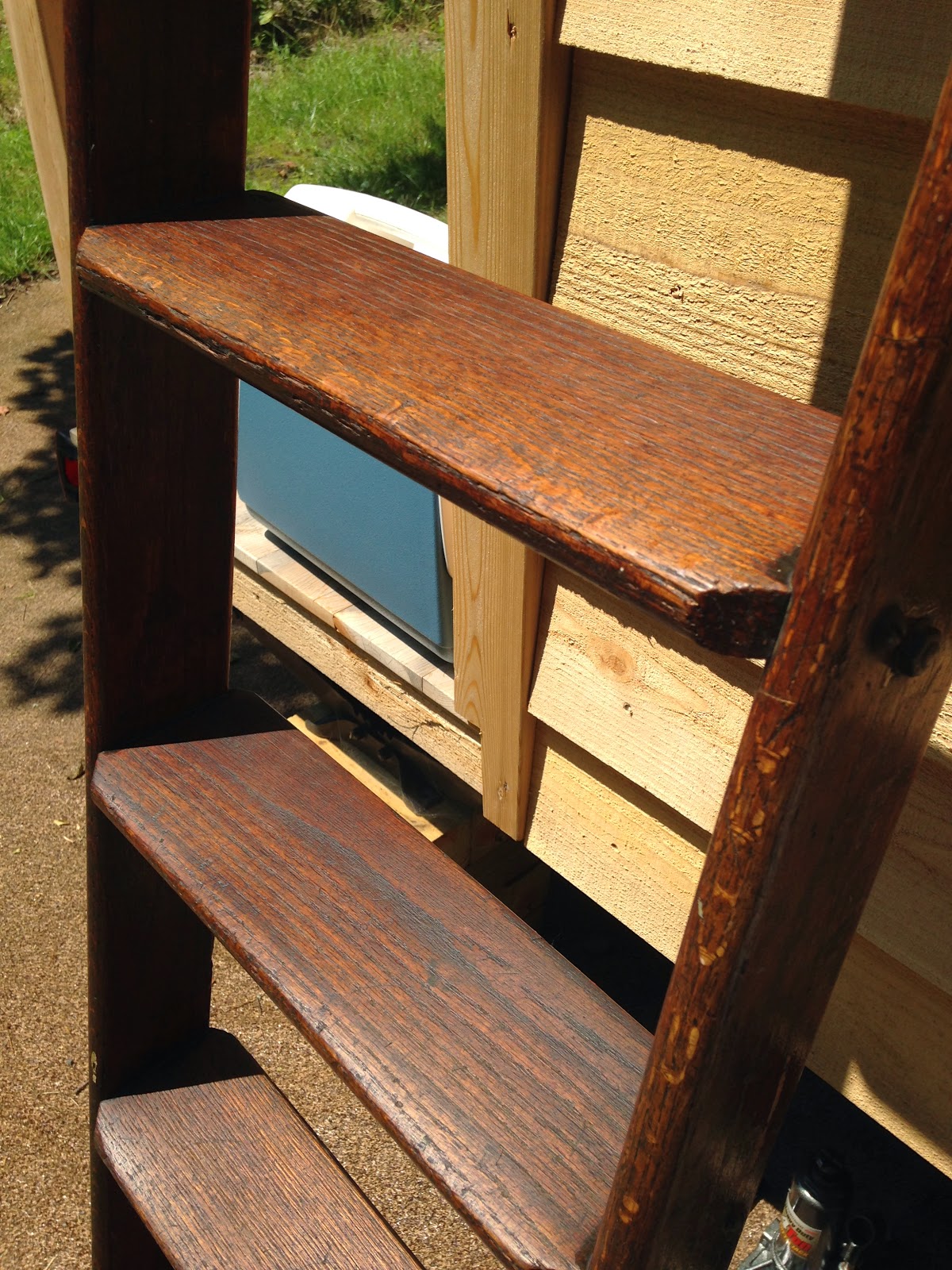 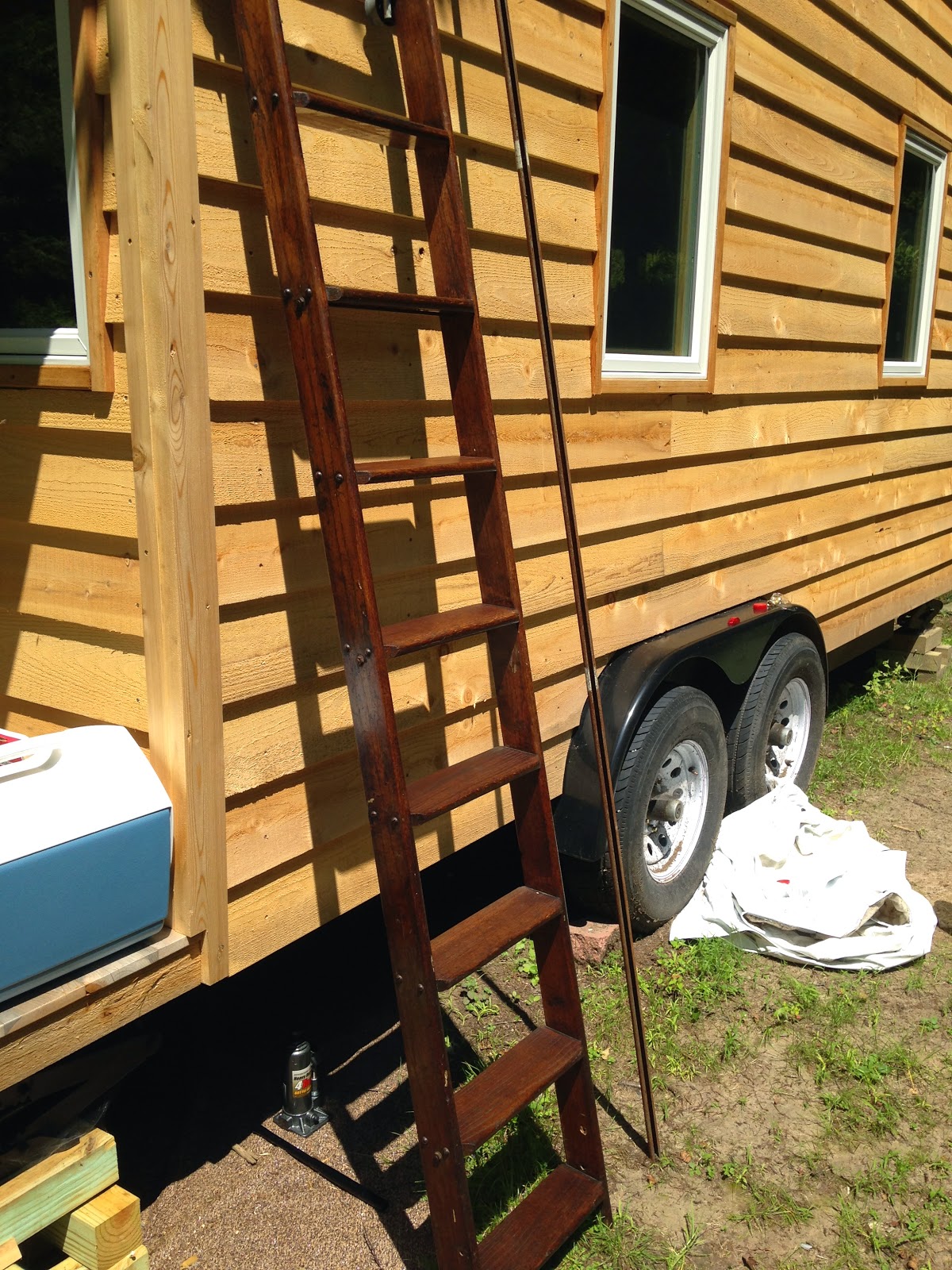 I also worked on the hardware.  The rusty rail I used some fine steel wool on and then rubbed on a liberal coating of some silicon lubricant.  Looked great too.  Here are the before and after of the wheel hardware. 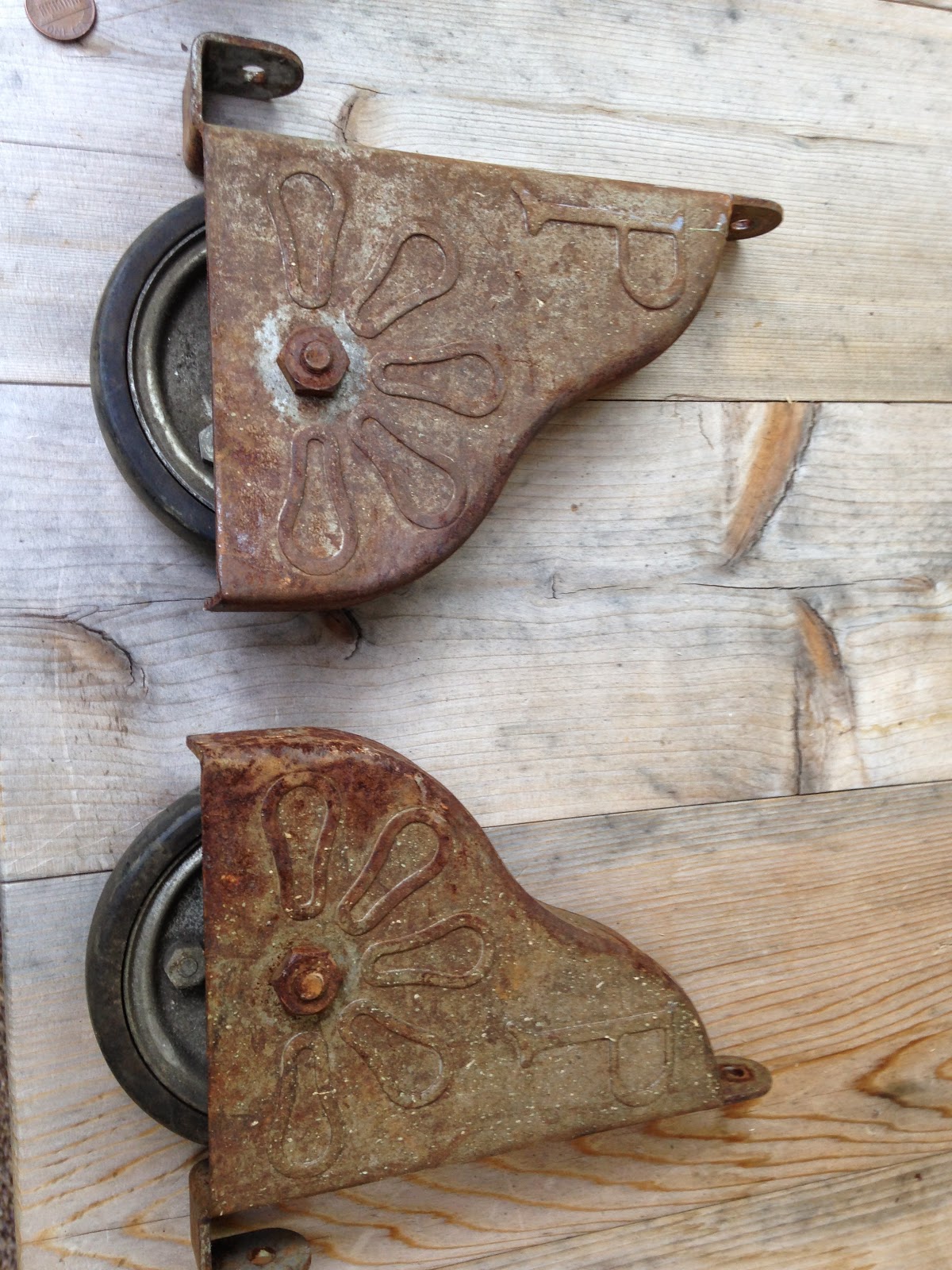 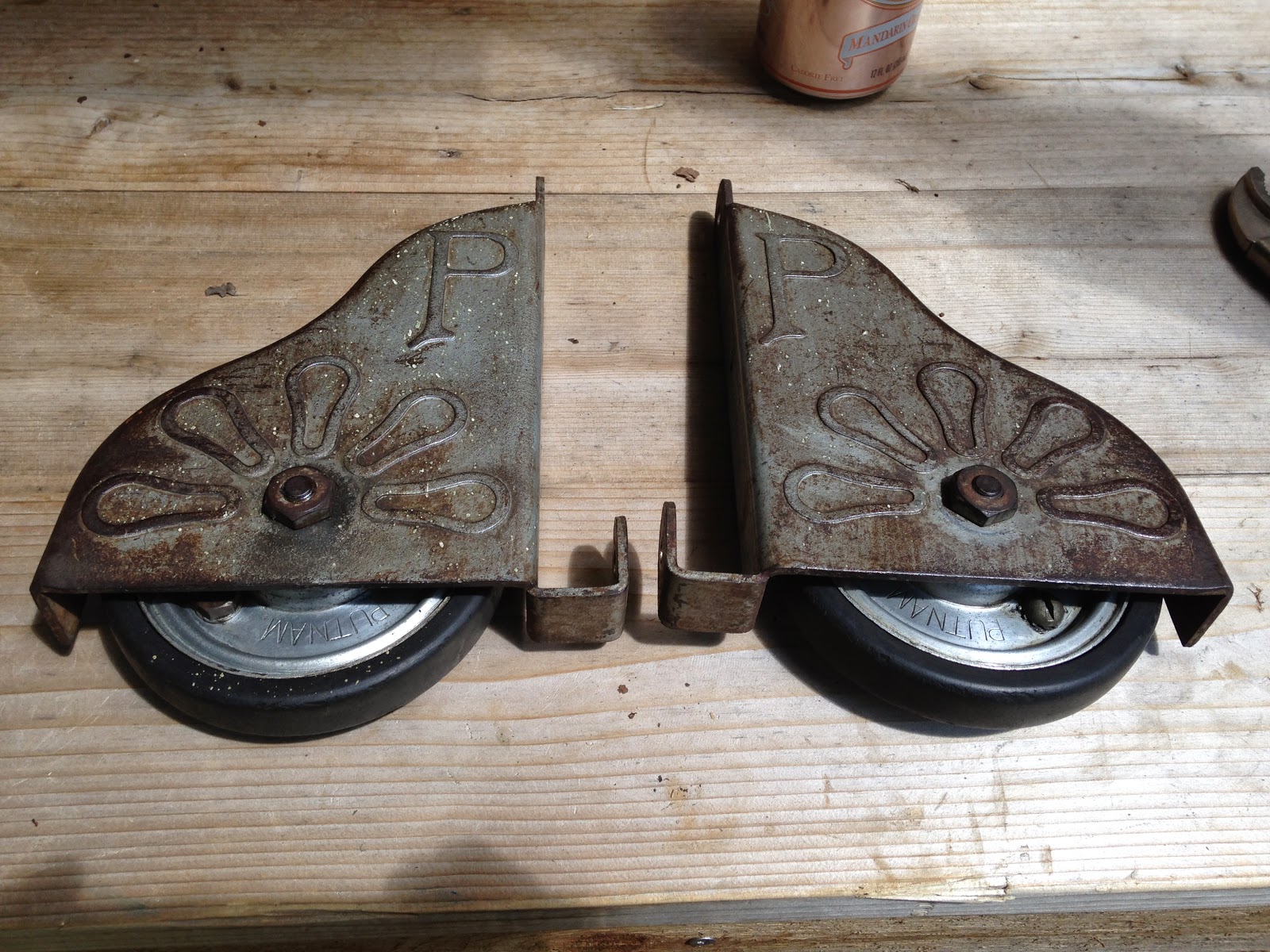 Completely happy with the end result.  Didn't quite get a chance to put the whole thing together and up on the rail but will add those pics shortly.  Again, steel wool and some silicon spray did wonders for the wheel hardware.  I'd say that now the ladder is easily worth the $400 I paid for it :)

UPDATE:
I got a chance last weekend to fully install the ladder.  Looks awesome IMHO...very happy with end result.  Here are the pics 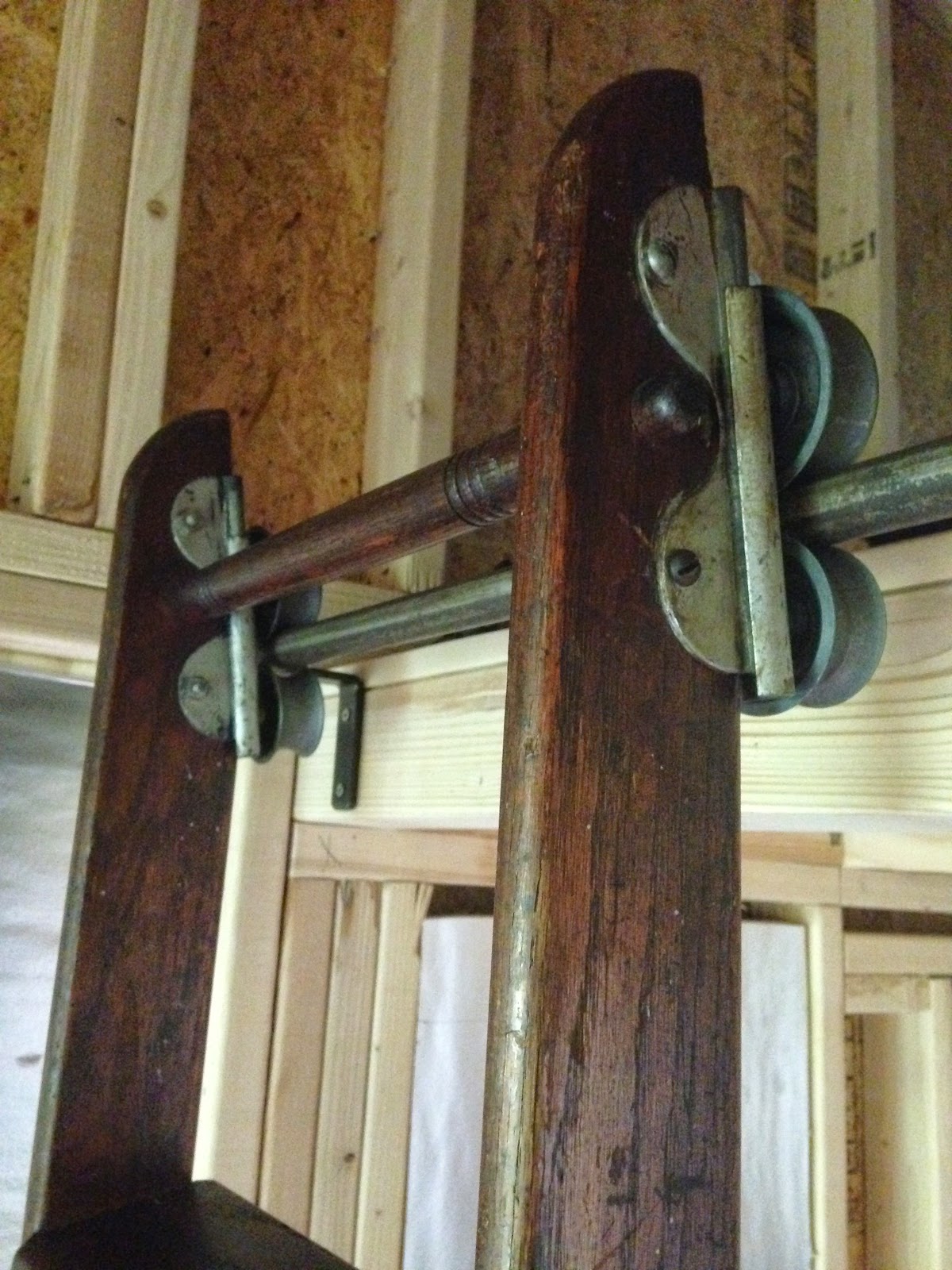 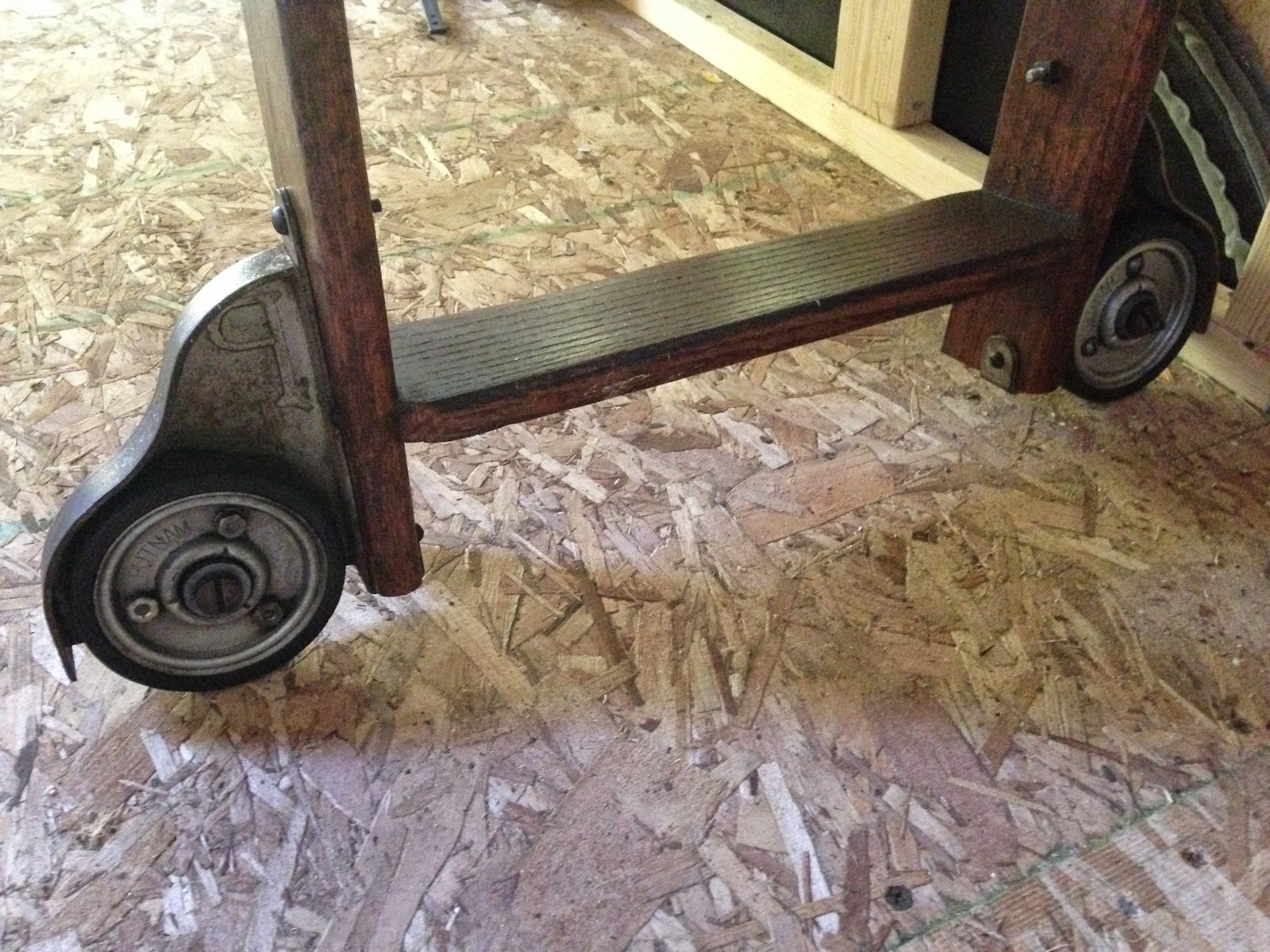 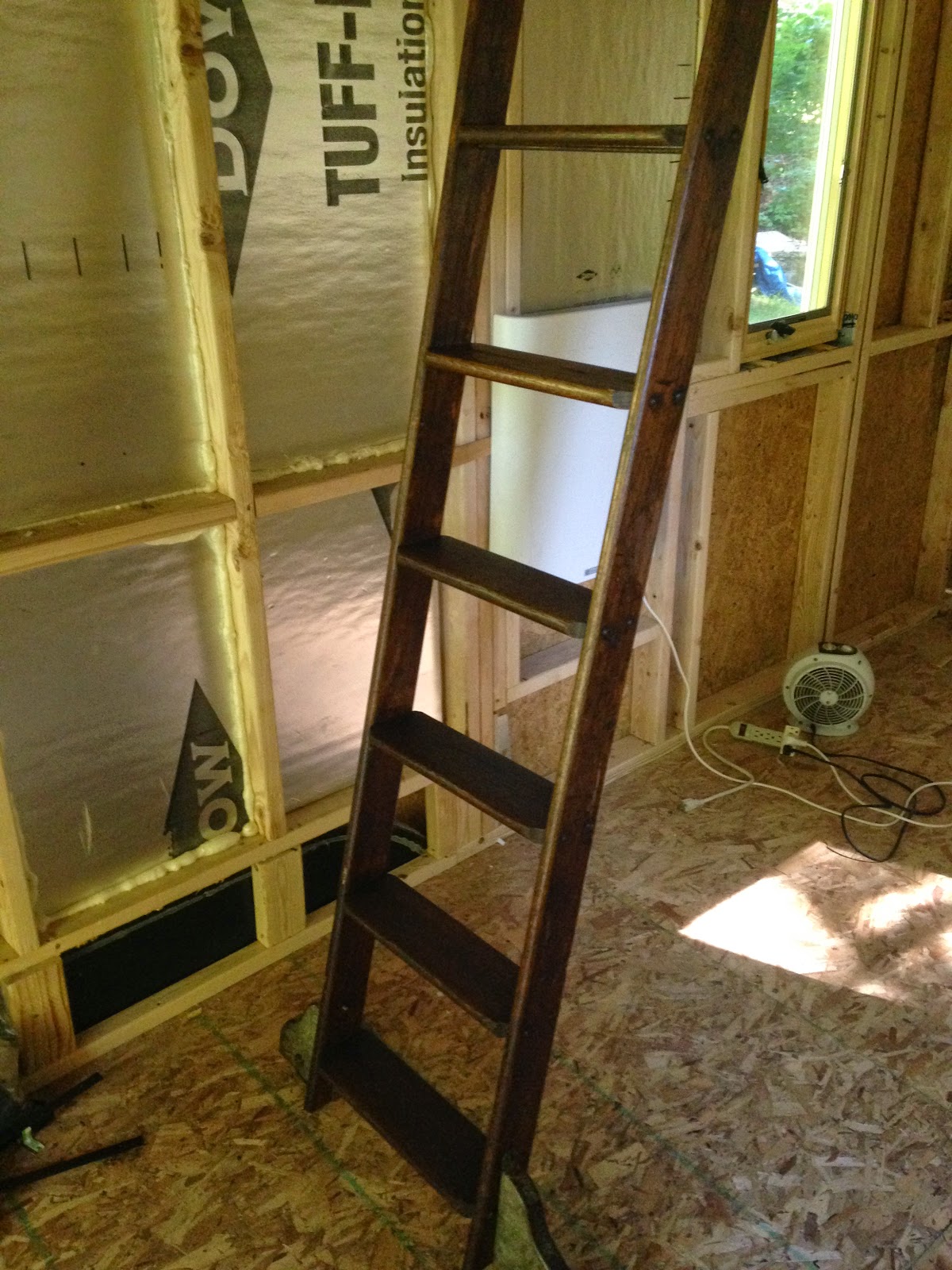 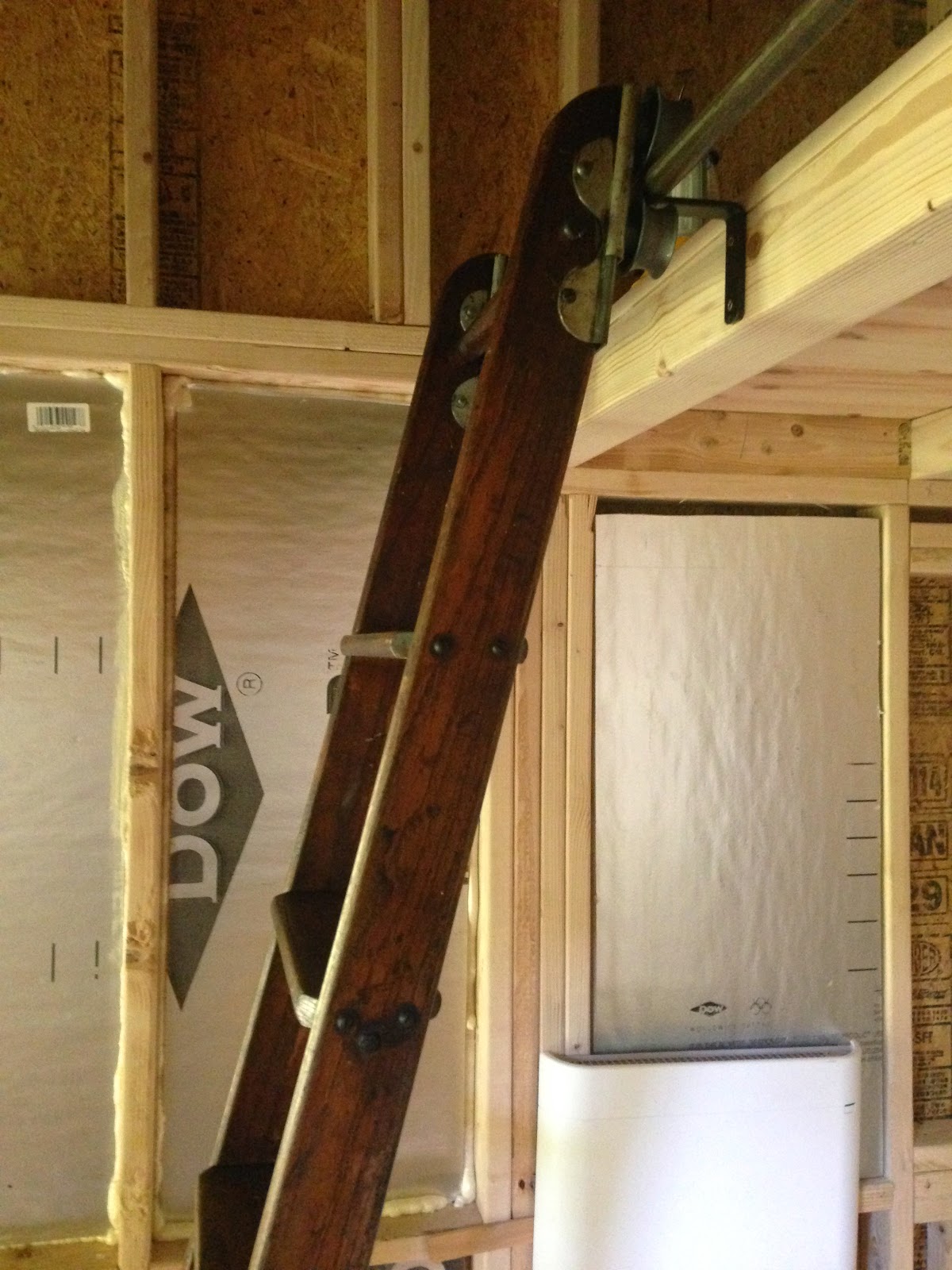 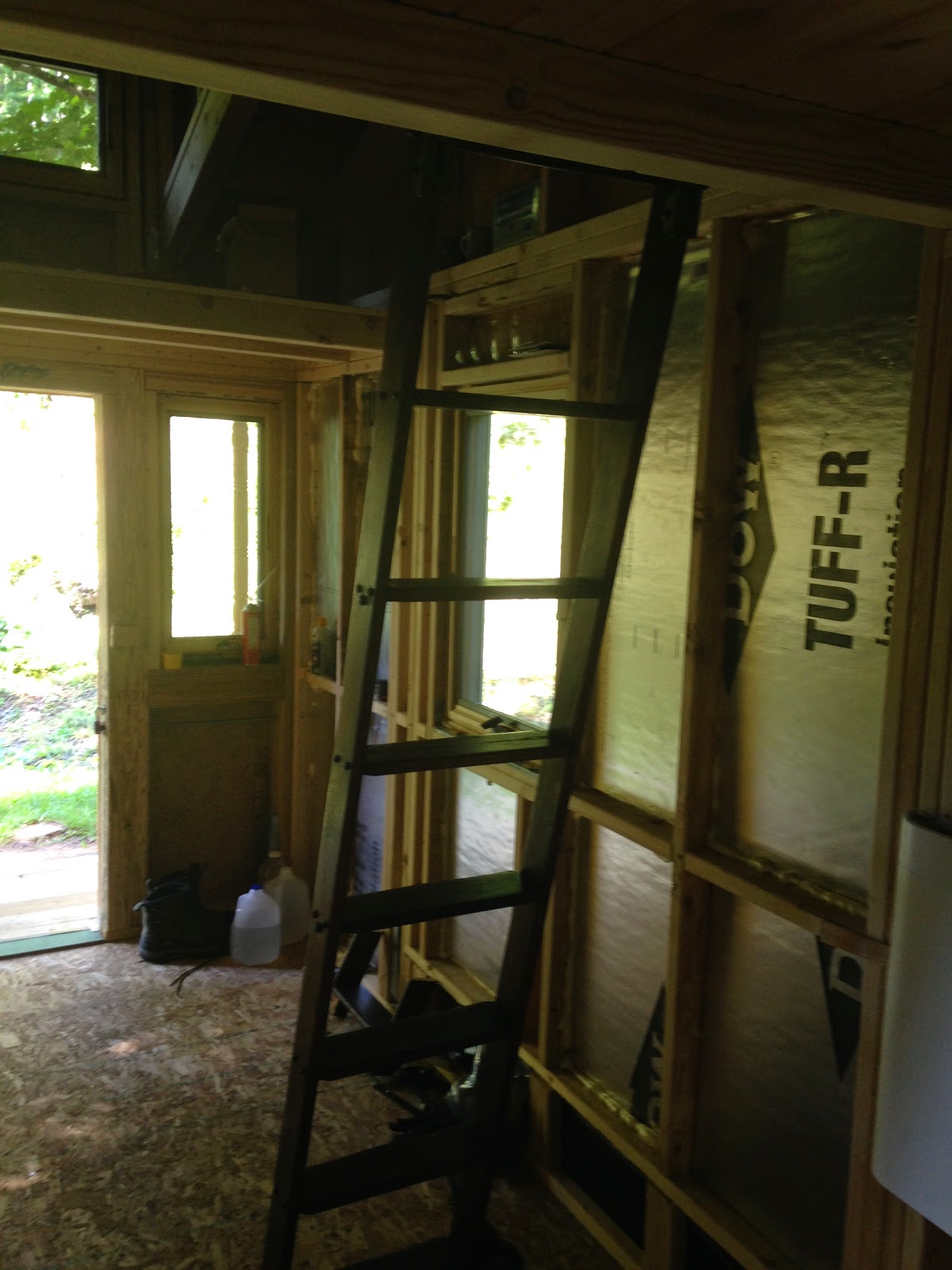 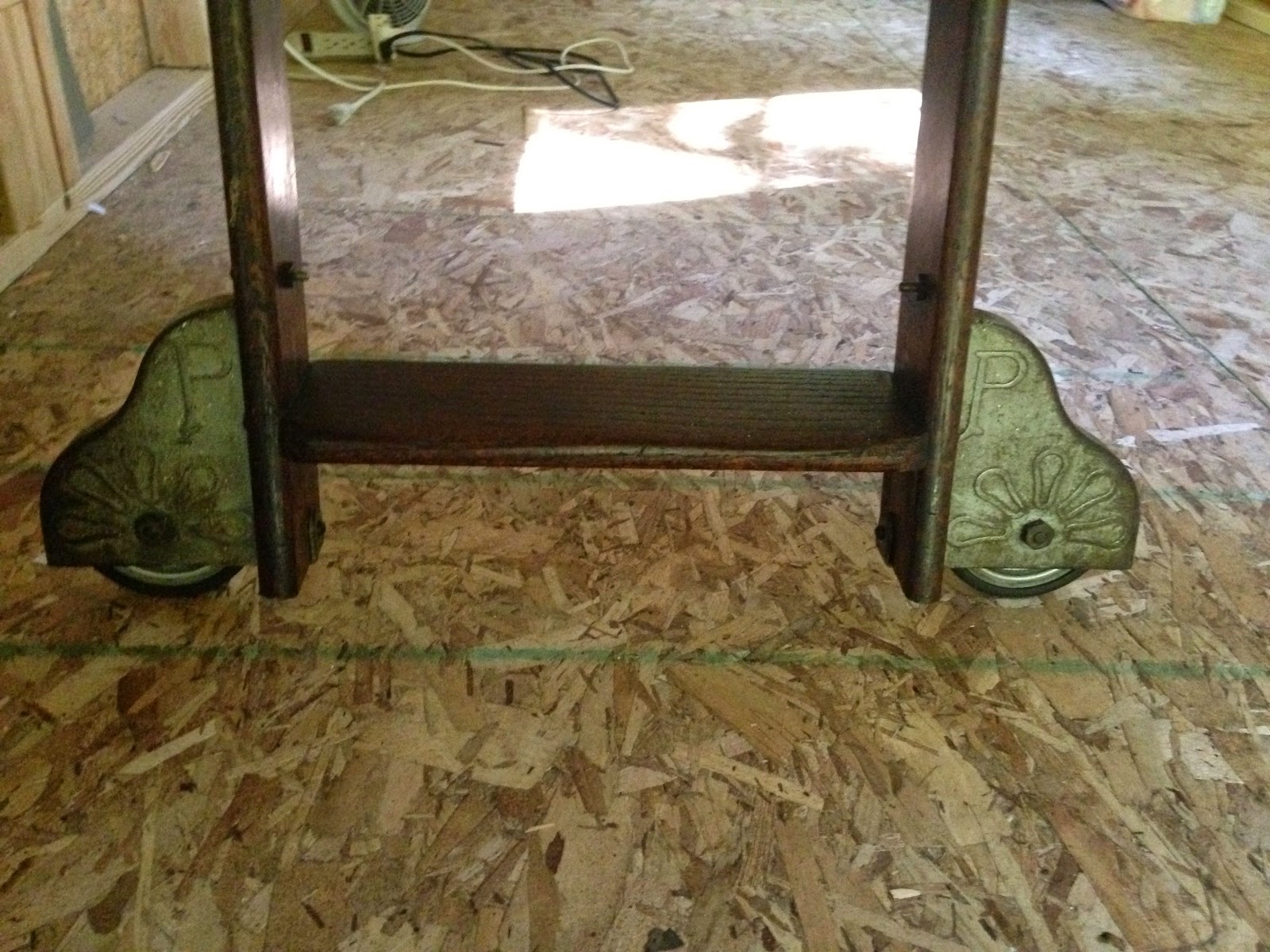 It's great not to have to lug the big aluminum ladder in the house to get to the loft anymore.  Keep in mind that if you install the ladder before the final floor goes in, consider that the floor will come up another 1/2" at a minimum.