First step is to shed some light into the box.  That means windows.  For a space that encompasses 142 square feet, it would seem that you don't need a lot of windows.  Windows are the key to making the minimal space feel bright and airy and not claustrophobic.  That is why the plans on the Linden call for a total of 11 windows (including the door).  I don't have a the door thing figured out yet, so it was only 10 that I needed to go forward.  As mentioned before, I went with an Anderson Classic window which is wood with a vinyl clad exterior. I have heard bad things about the aluminum ones and how they are condensation magnets, so avoid those.  Although I would have loved to get the red ones to match the roof, I needed them quick and therefore went with the white standard ones that are stocked locally and didn't require lengthy shipping and turnaround time.
As with most things that I know nothing about, Youtube is a phenomenal resource to get you started and likely well beyond just 'getting started'.  I checked out a bunch of videos including this one.  It all made sense and this is pretty much how I did it.
There is also a great video...although I can't find it now...on how to figure out where to cut into the plywood on the outside.  It involves a chalk line and poking some screws from the inside out.  Here let me show you: 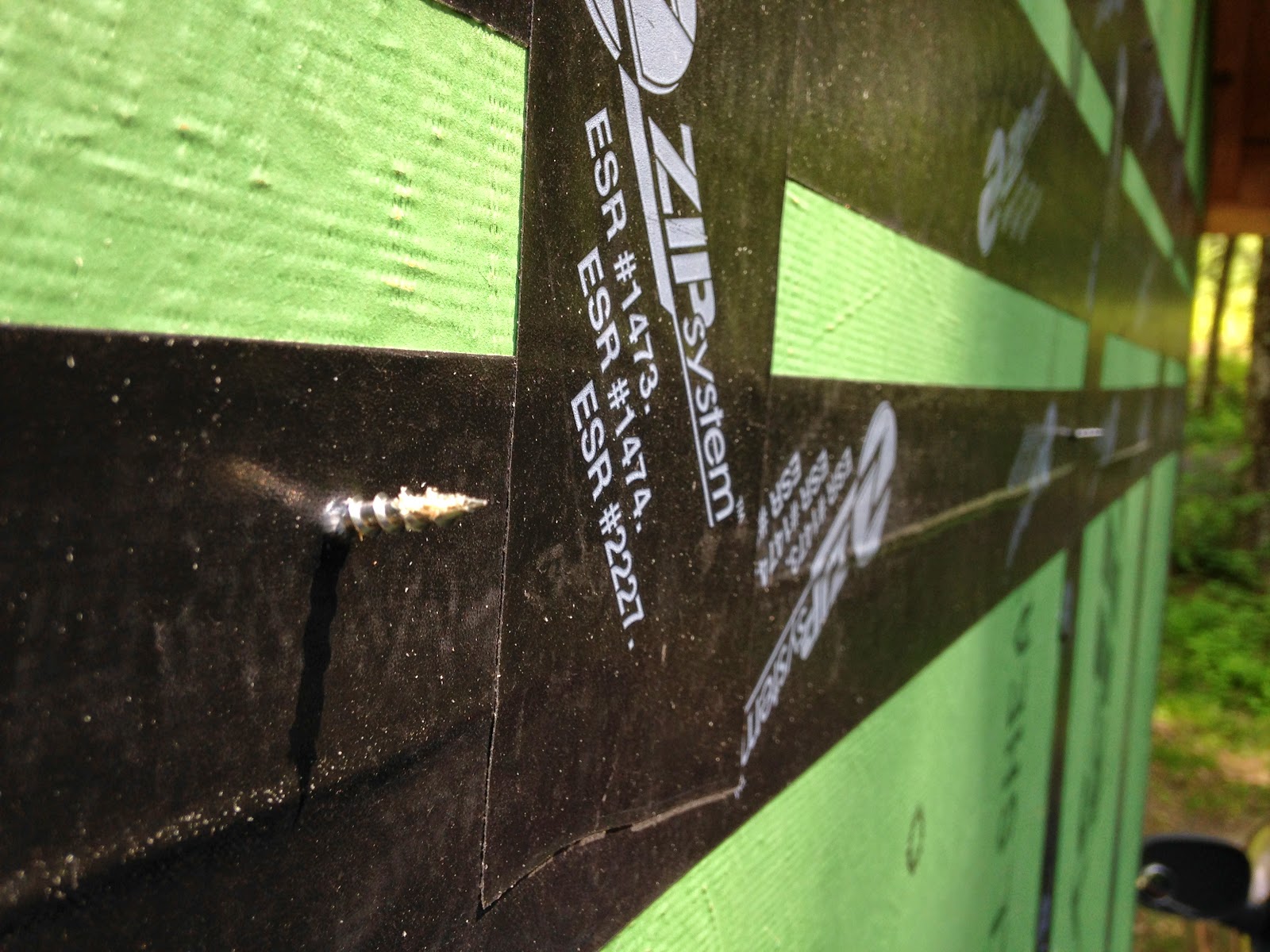 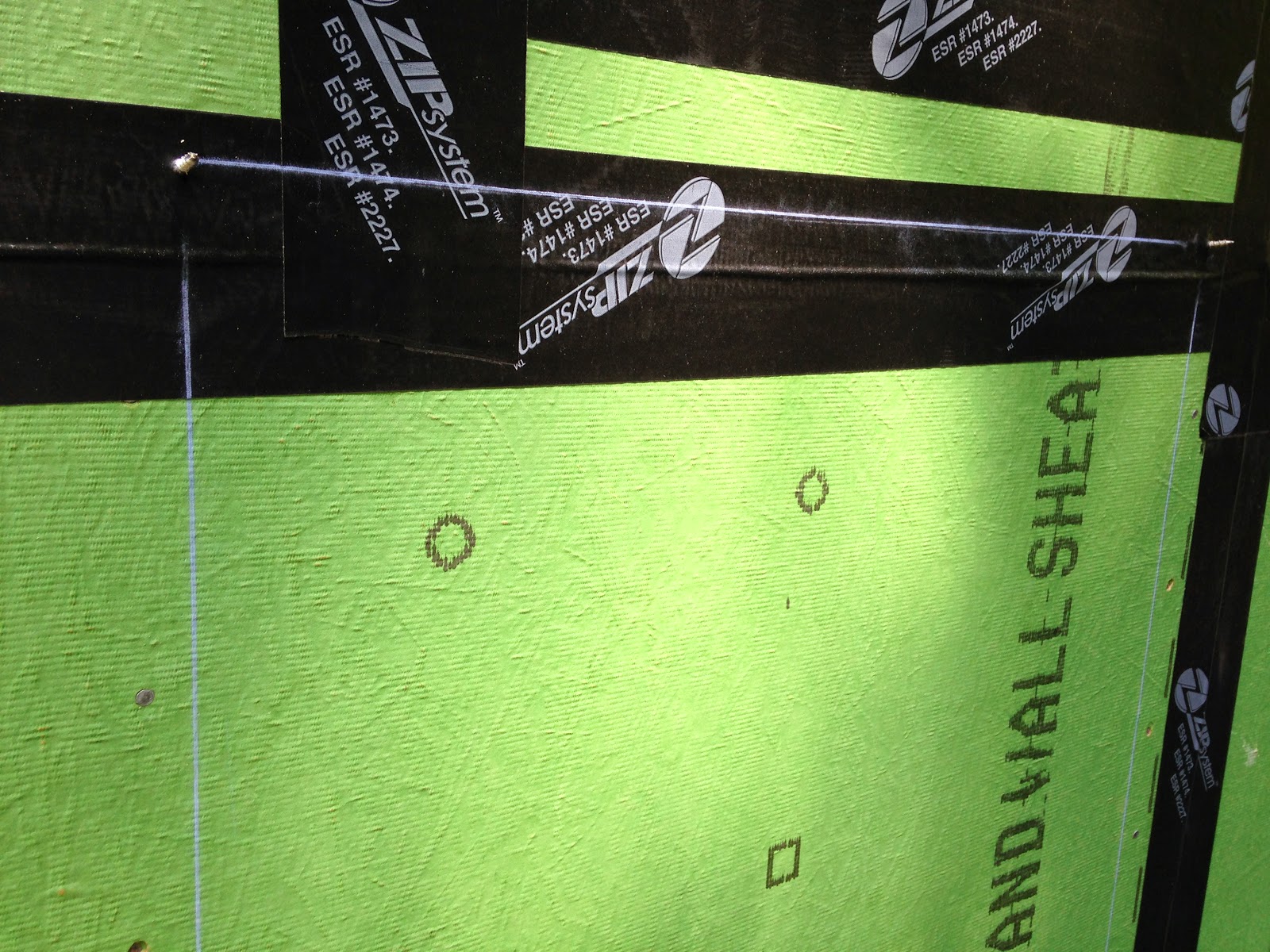 Run a chalk line between the 4 screws.  This give you a graphical representation of the rough opening on the exterior of the plywood sheeting. Next: 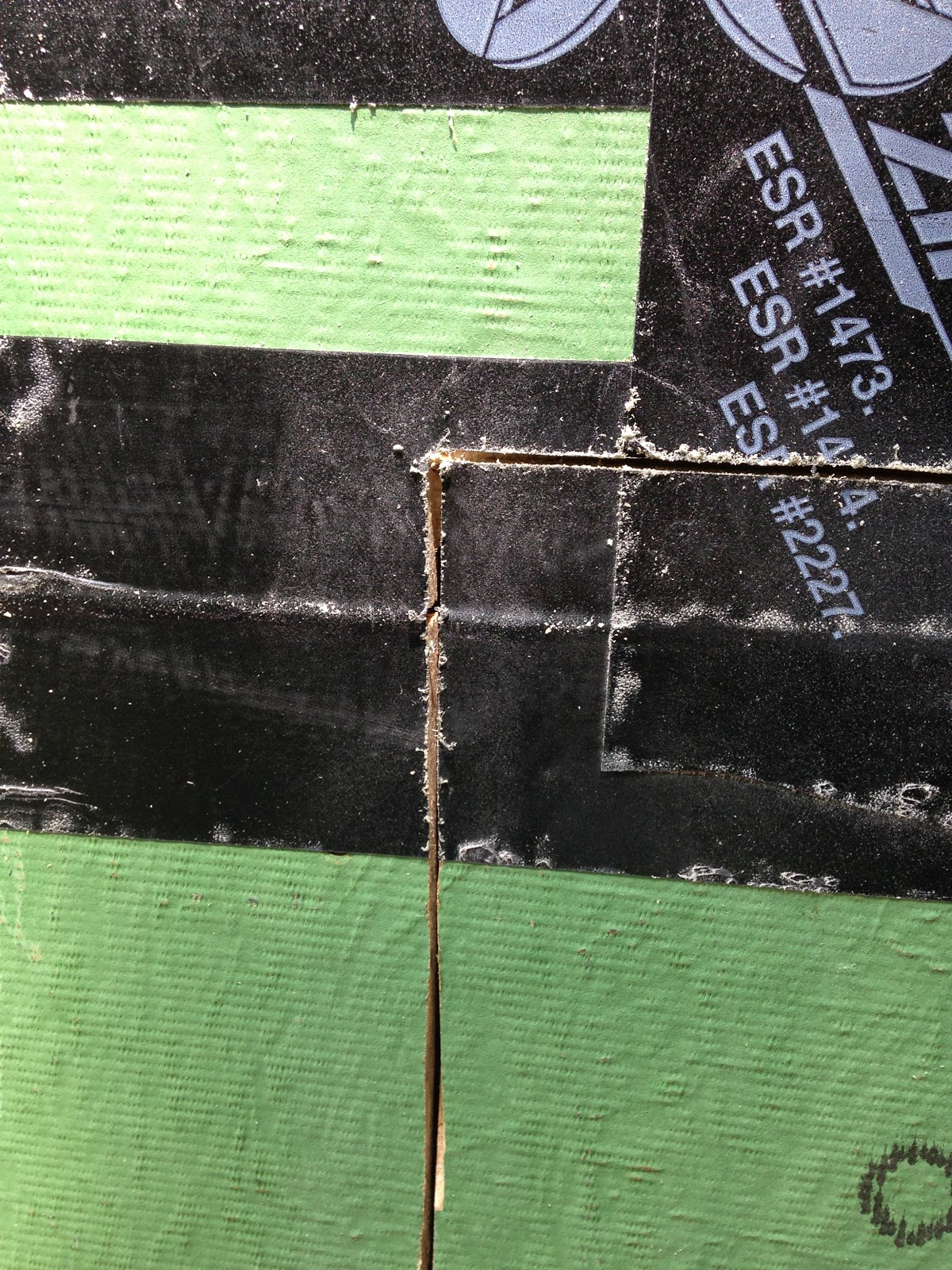 Remove the screws and use a circular saw to cut along the lines.  Don't go beyond the corners since you don't want to cut into the framing. Also set the depth of the circular saw just deep enough to cut through the plywood and not endanger any structural elements.  Once you get everything pretty close to the corners, switch over to a jigsaw for the last little bits. 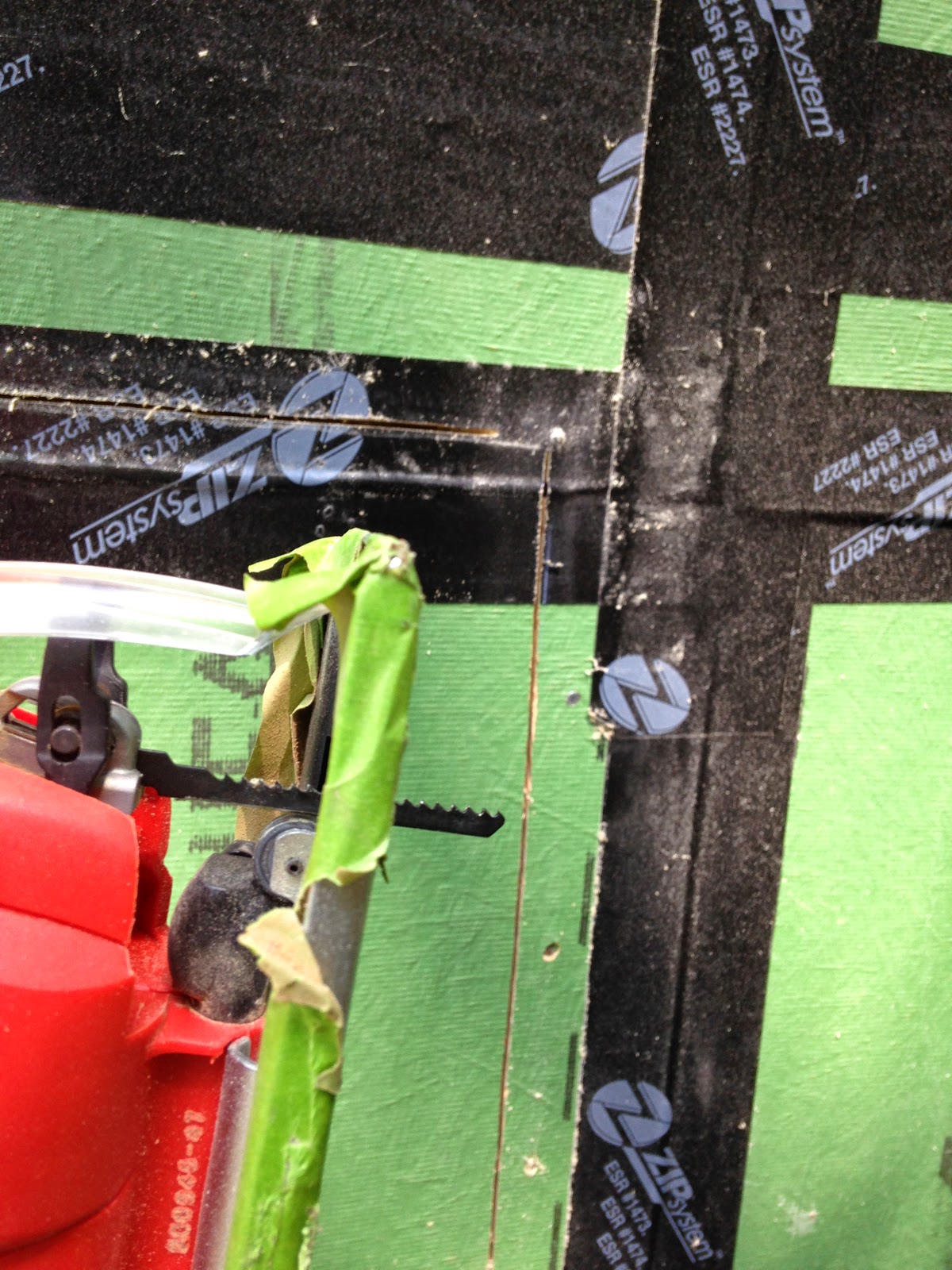 When that's done the plywood should pop right out in the exact dimensions of the window opening, like so: 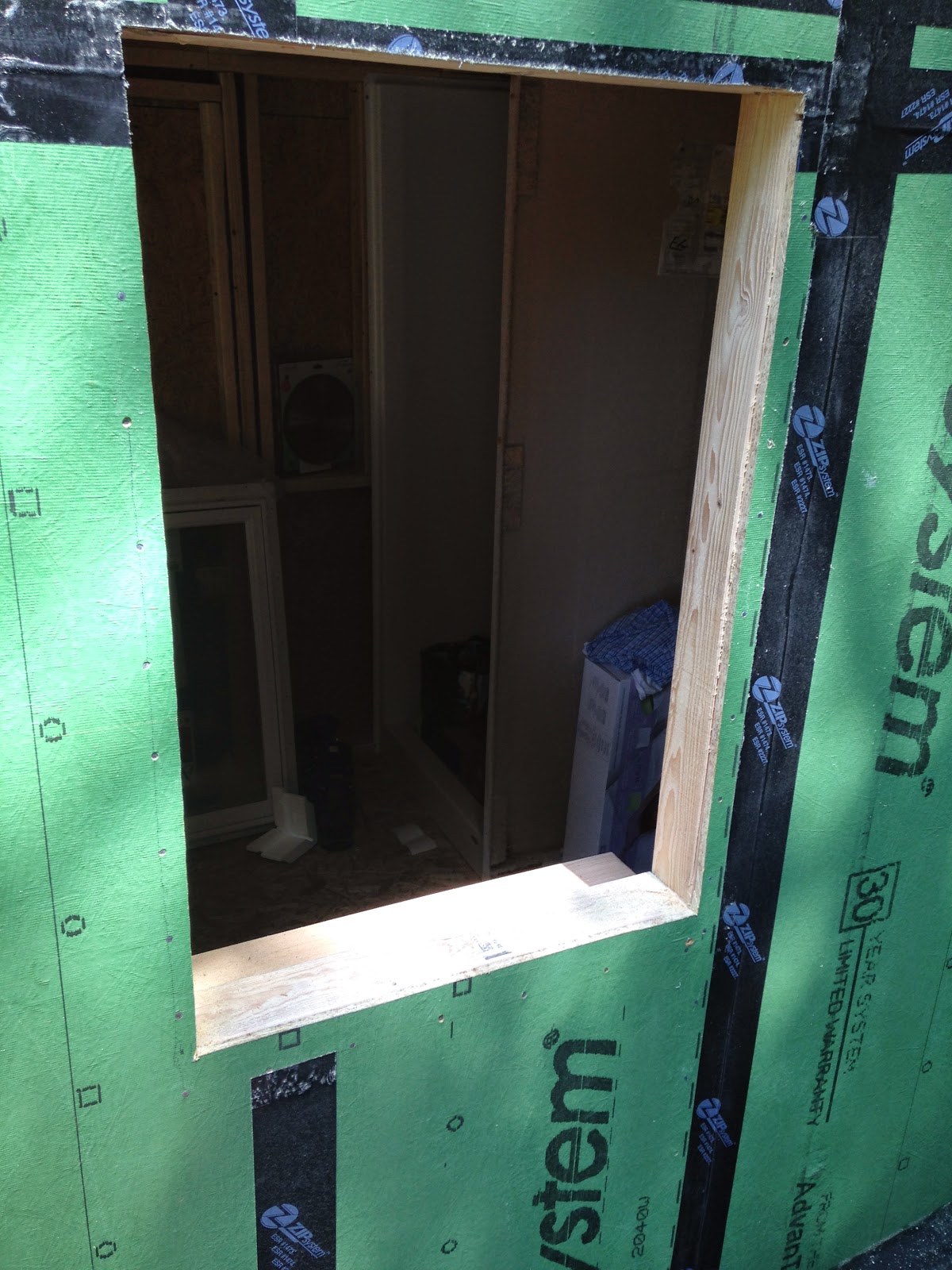 Not really that hard to achieve a good looking result doing it this way.  Next part is what that guy is doing in the above referenced youtube video.  You want to make the whole thing pretty water protected and use a special insanely sticky thick tap that accomplishes that. When yo are done with that, it will look like this (always work from the bottom up): 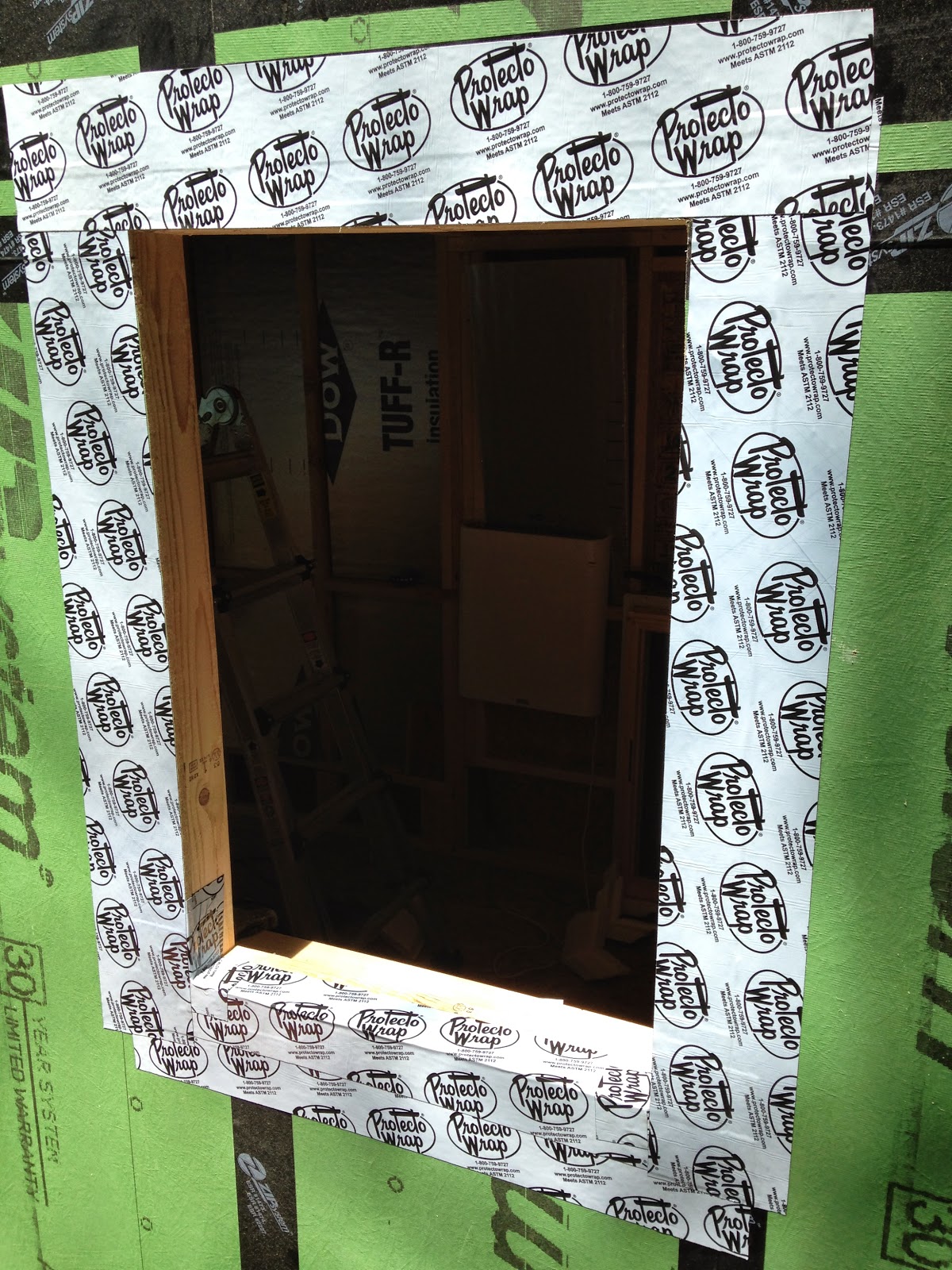 You can see we were using "Protecto Wrap" which worked really well.  I think for the 10 windows we went through about 4 or 5 rolls of the stuff.  Special emphasis has to be given to the bottom of the window as that is where water is most likely to enter.  When you are happy with the work you did here, dry fit the window to make sure all is well.  You should have some wiggle room in a vertical and lateral sense.  This is to allow you to create bit of space around the window which you can later insulate with minimally expanding foam and also to make sure that the window is true and level. 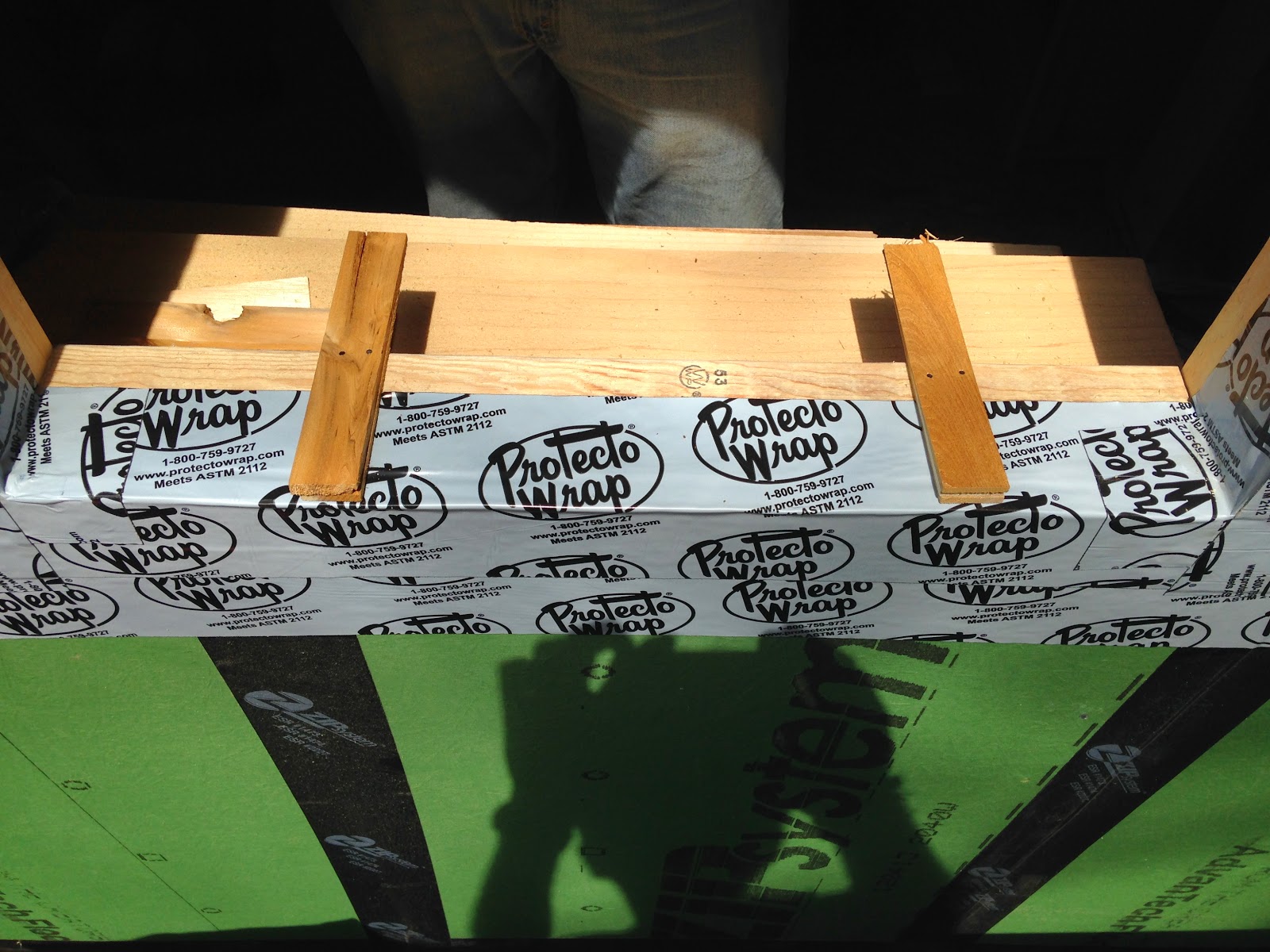 Since you want the window in the middle of the rough opening, you will want to elevate it somewhat as well as make sure it's level.  This is where shims come in very handy, as well as a someone helping you, since it's hard to shim the window when you are pushing it into the opening from the outside.  With the shims in place, remove the window again and put a few small nails through the shims to hold them in place. 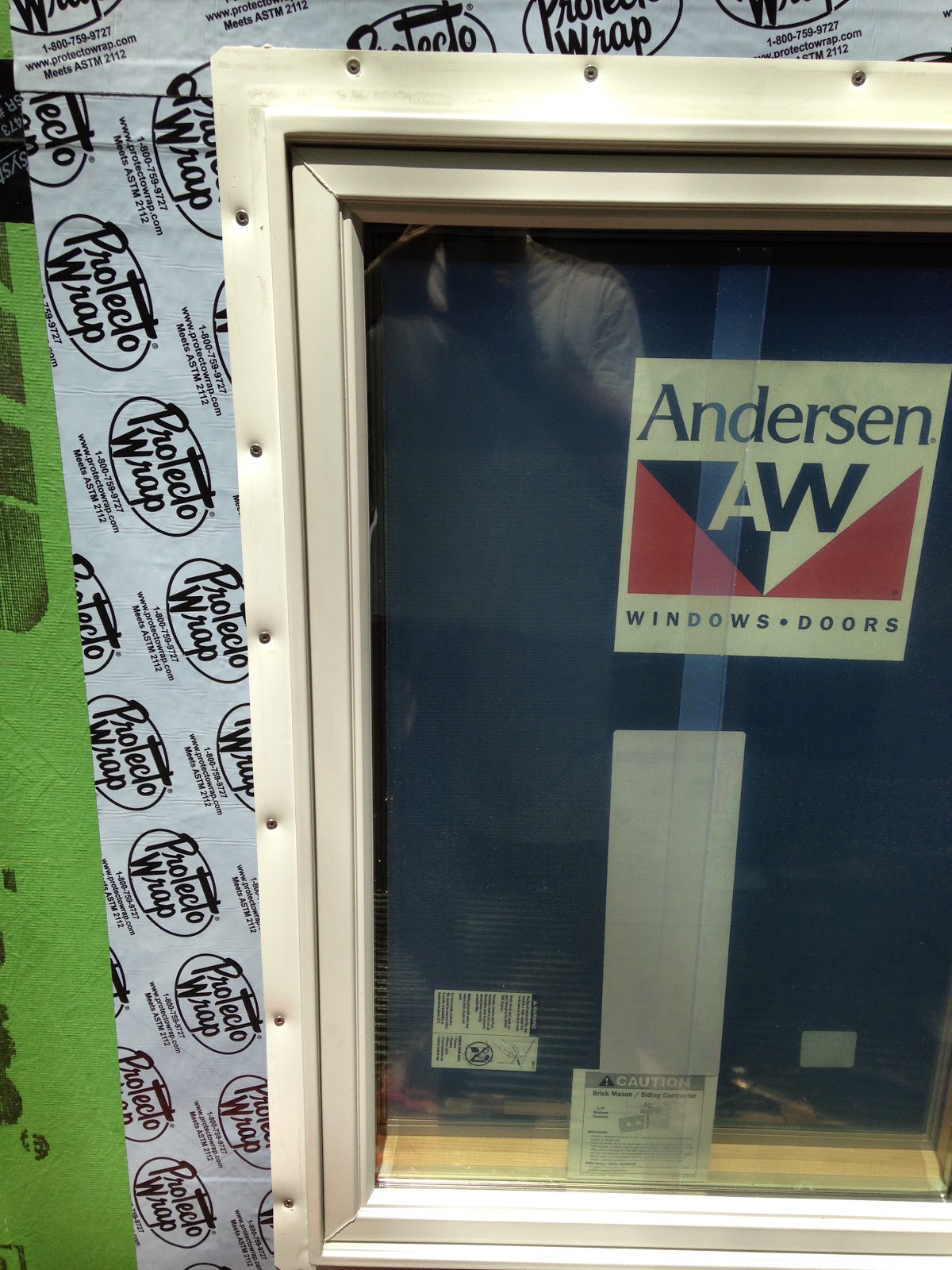 After that, put a nice thick bead of silicon behind the window rail that has the screw holes.  Press the window into place and proceed to put all the screws in.  The screws should all be sinking into a 2x4 sine the rough opening is only ever so slightly larger than the rough opening was.  I used all stainless steel screws since I'm applying a natural cedar exterior and using anything else can leading to weepy looking black trails since the other metals will oxidize and discolor the wood.  That's it!  You are done.  9 windows to go (assuming you are building a Tumbleweed Linden...).
To provide something for the siding to butt up against, I added a 2x2 frame around each window.  It's both decorative (minimally) but also very functional in delineating the window from the siding. You will see more of this in subsequent posts but here is a picture of the cedar 2x2 applied.  It covers the screw rail on the window very nicely as well.