Let's talk about the all important siding.  With the windows in it still looked like a box with umm windows 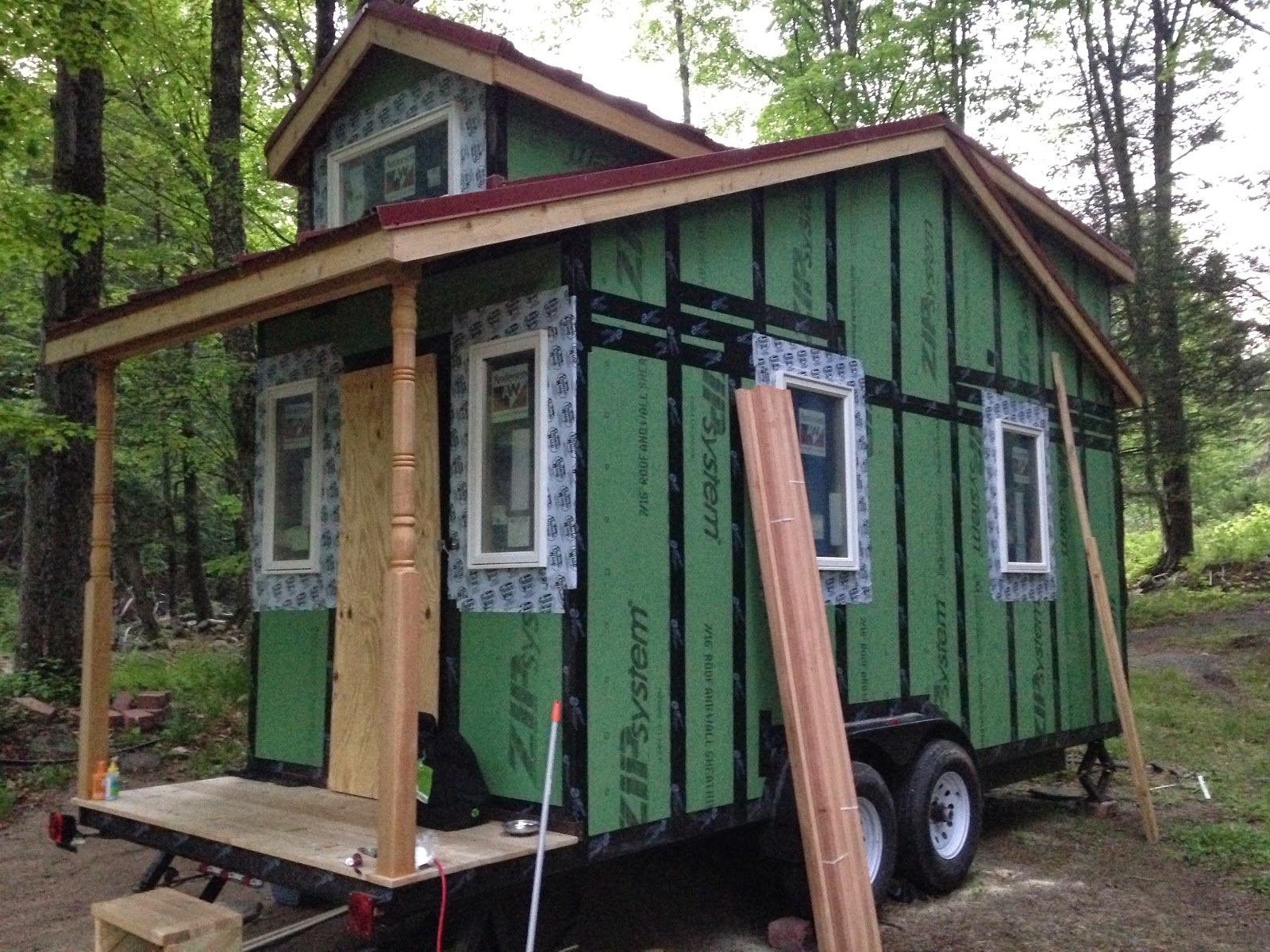 We added a 2x2 cedar trim around the edges of the windows and also created corner pieces for the four uprights and the smaller roof/loft areas.  These were ripped from a 2x6, which I had ripped down to 1.5 and 3.5 inch widths.  When you put these two pieces together, you get a perfect corner.  So, those went up as well. 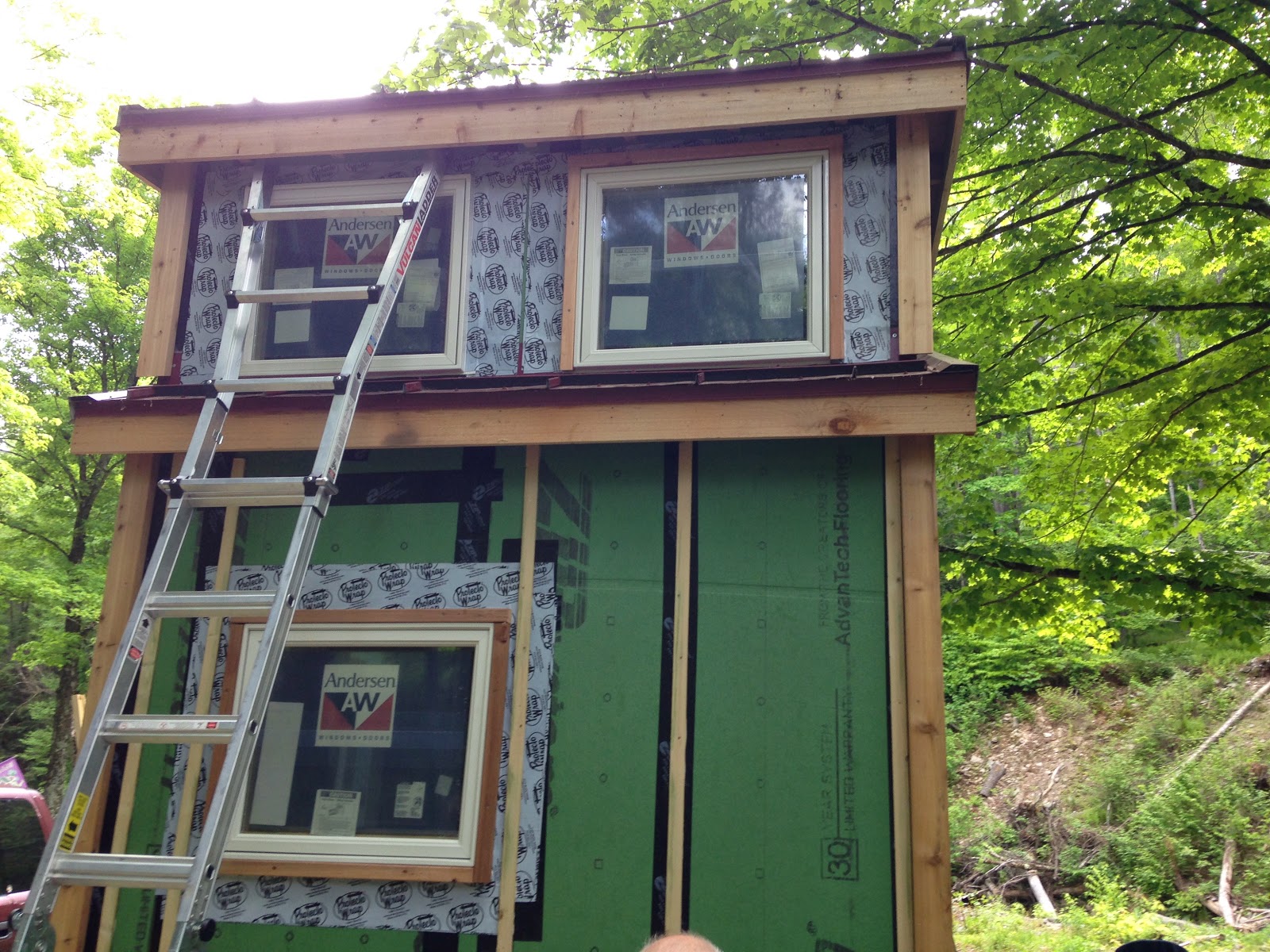 You can clearly see them here.  This trim around the window and the corner pieces created the area to be filled in by siding.  Since the 2x2 and the corners all were raised 1.5" off the surface of the trailer it was perfect since the siding was only about 1" thick at it's thickest point.
Next we added some 1/4" thick furring strip to the exterior exactly over the 2x4 that make up the framing on the interior.  Finding out where those are was accomplished in the same way that we found the four corners of the window cut outs, namely by driving a screw from the inside out and then vertically aligning the strip with those screws.  You can see the strips in the photo above and on this shot. 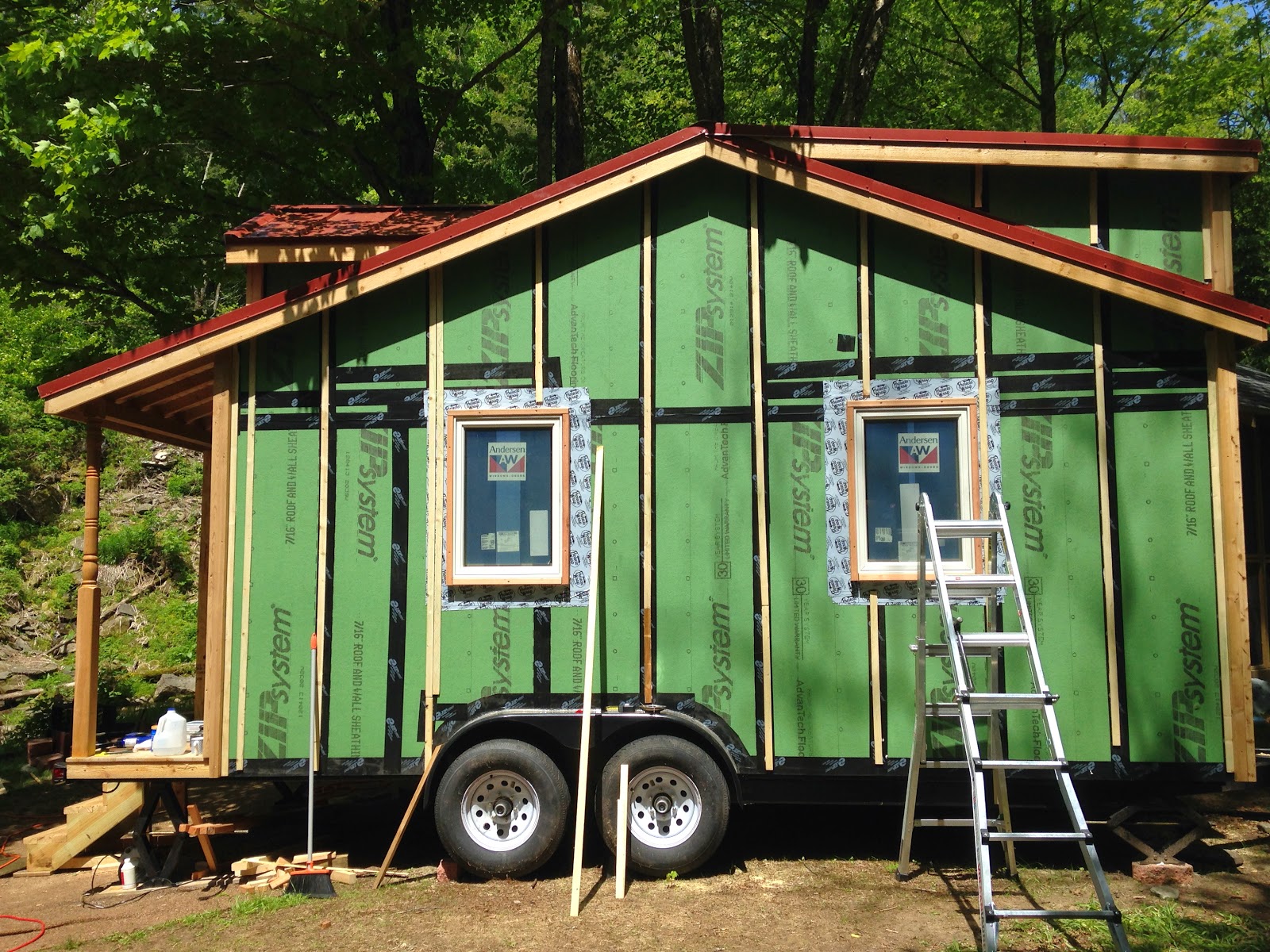 So what are these for?  They create a small space for the house to 'breath' better.  Placing them directly over the interior framing also serves the purpose of
1) providing a visual guide as to where the 2x4s are
2) allows you to ensure that when you are attaching the siding with the nail gun, that you are sinking the nails into something that will hold the siding on there way better than if you were only shooting nails into the plywood exterior.

Once you have all that done the magic begins.  You start at the bottom and work up.  Aligning the first board with the bottom of the trailer is pretty easy.  If you get that board on their straight, the rest will be straight too if you are using that channel cut stuff (see previous post on siding material).  Putting an immediate damper on the immense joy you feel at starting on the siding are the wheel wells.  With their rounded fronts and backs, they require a well measured and precise round cut.  We created some cardboard templates that created rough approximations; we cut; cut some more; measured; and so on.  Eventually you'll get the curve right and be able to move on. 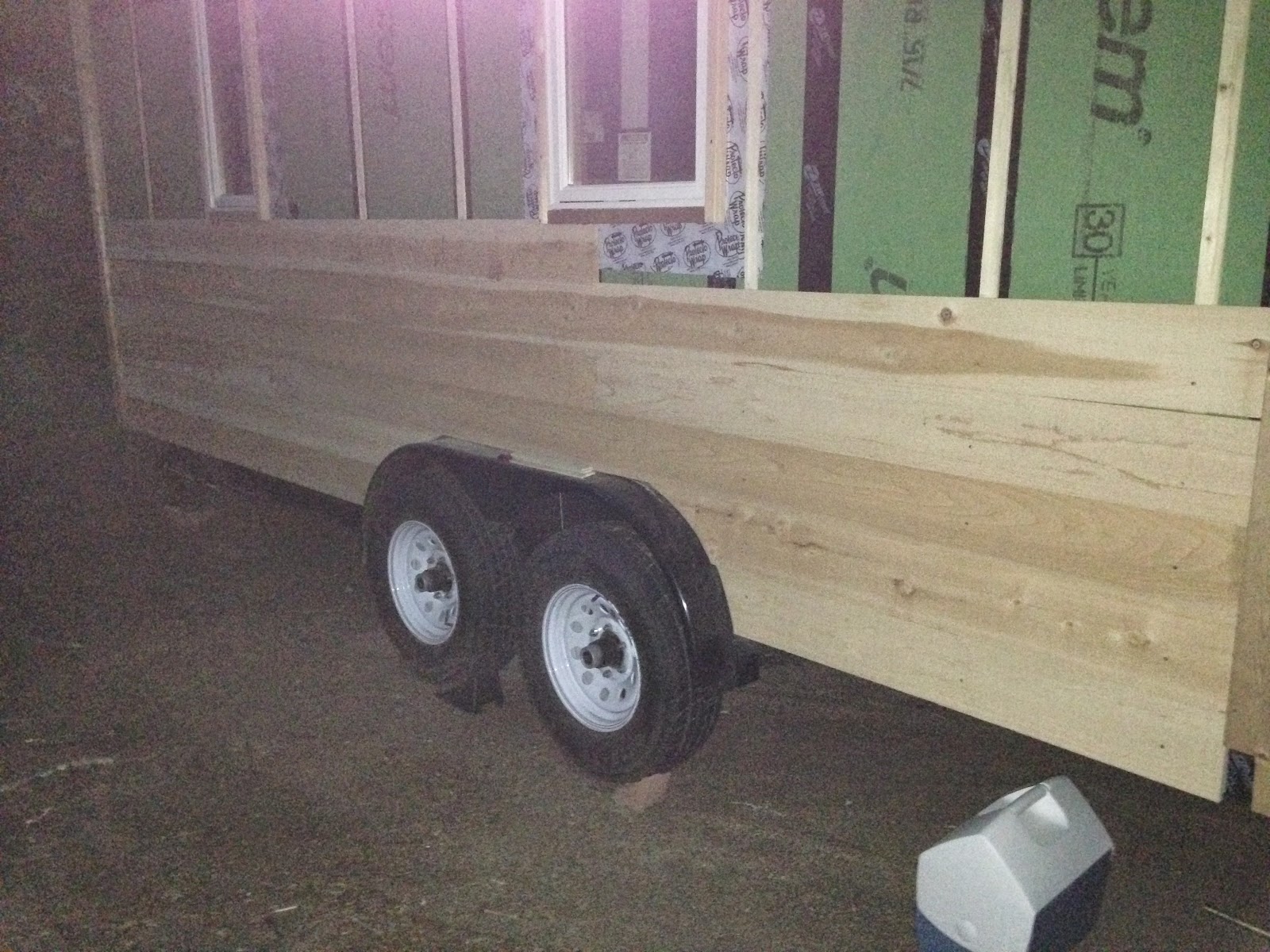 It feels really great to see this beautiful material go on there since it's such a stark contrast to the green box that had become so familiar.  This part makes it feel real and like a house much more so than the windows did...although they helped a lot as well.  Then you just keep going.  There are sections that go quick where you are using full lengths of the siding and then you need to slow down around windows and cut notches and so on.  Here you can see the progression: 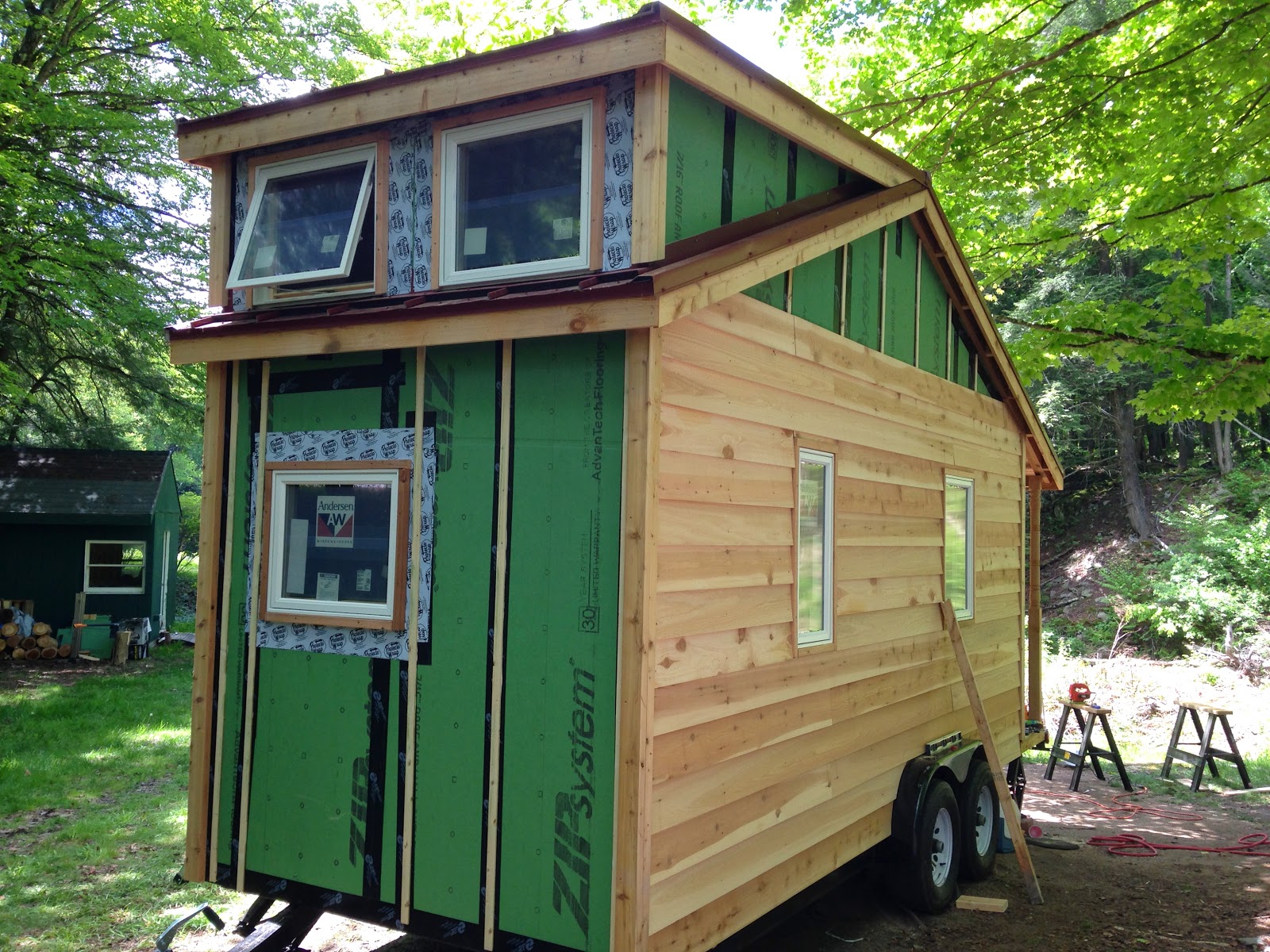 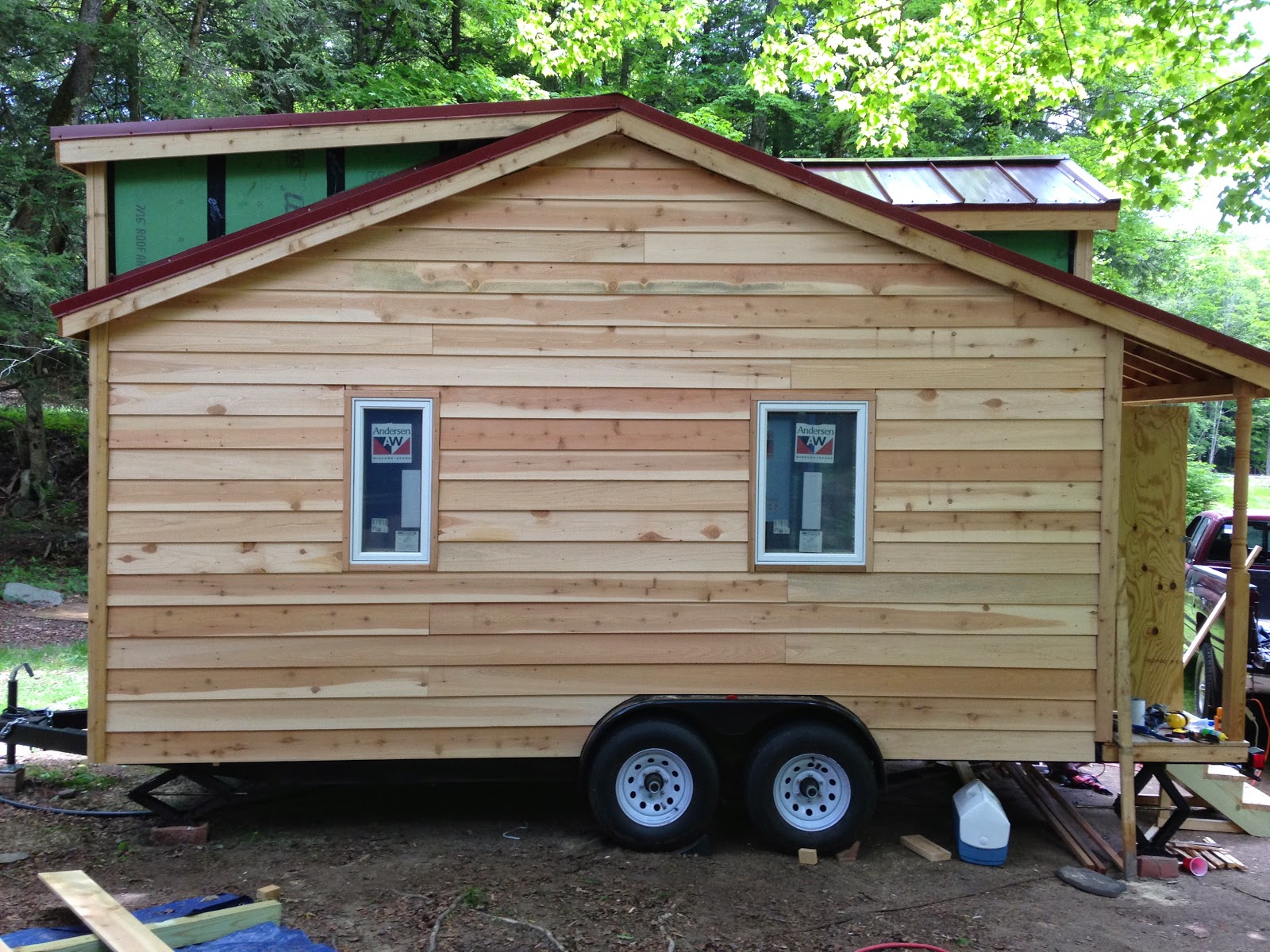 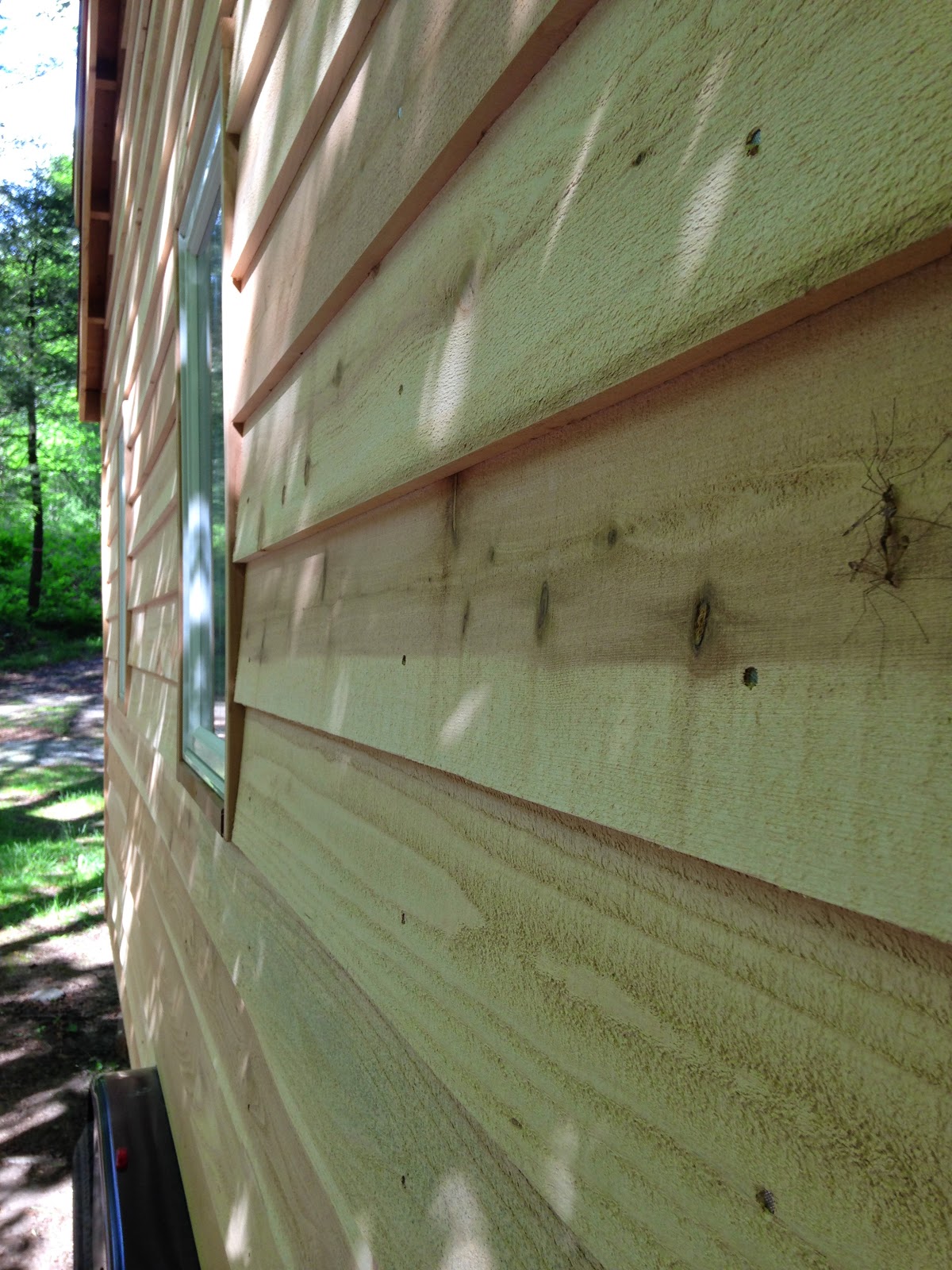 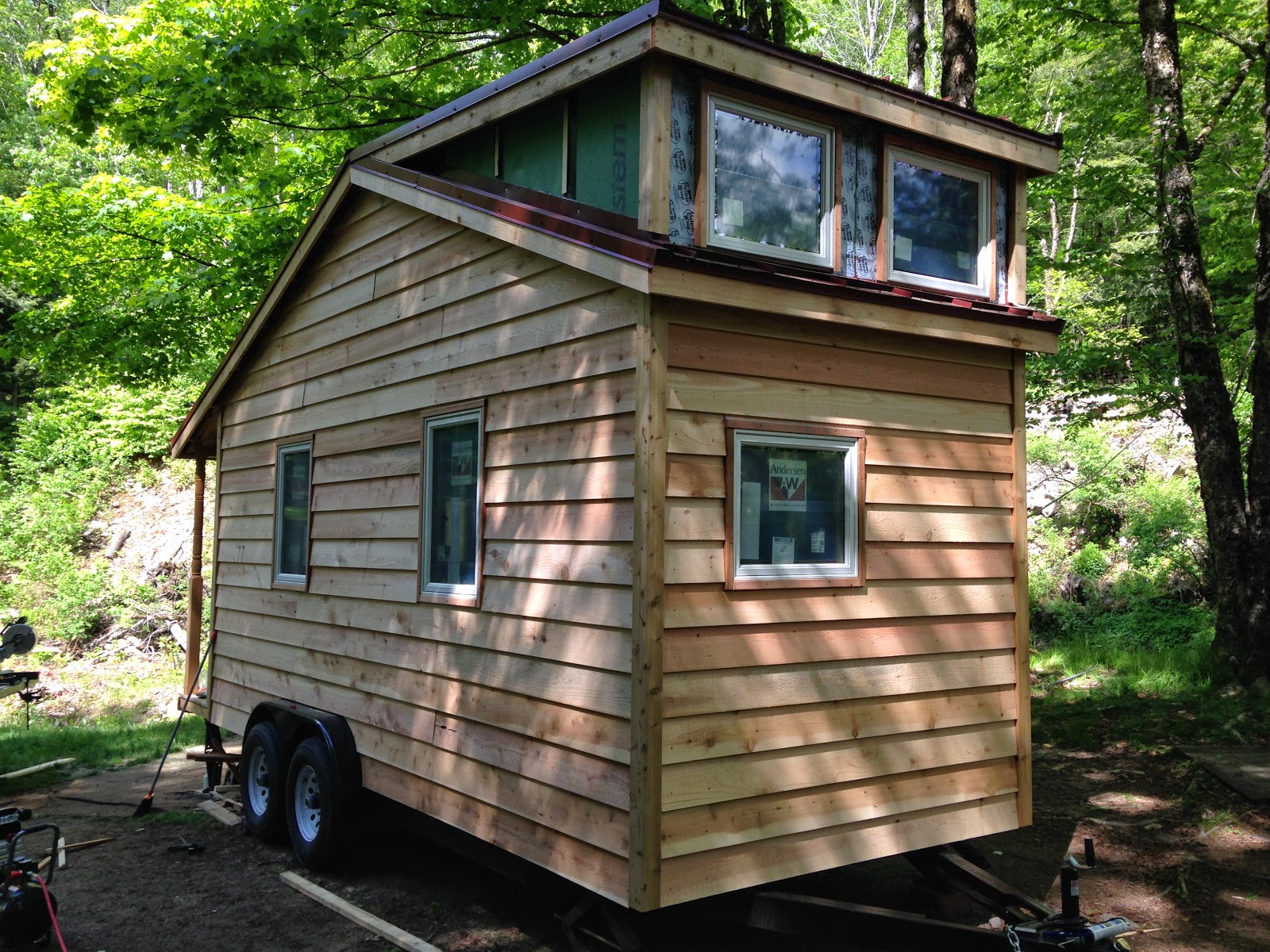 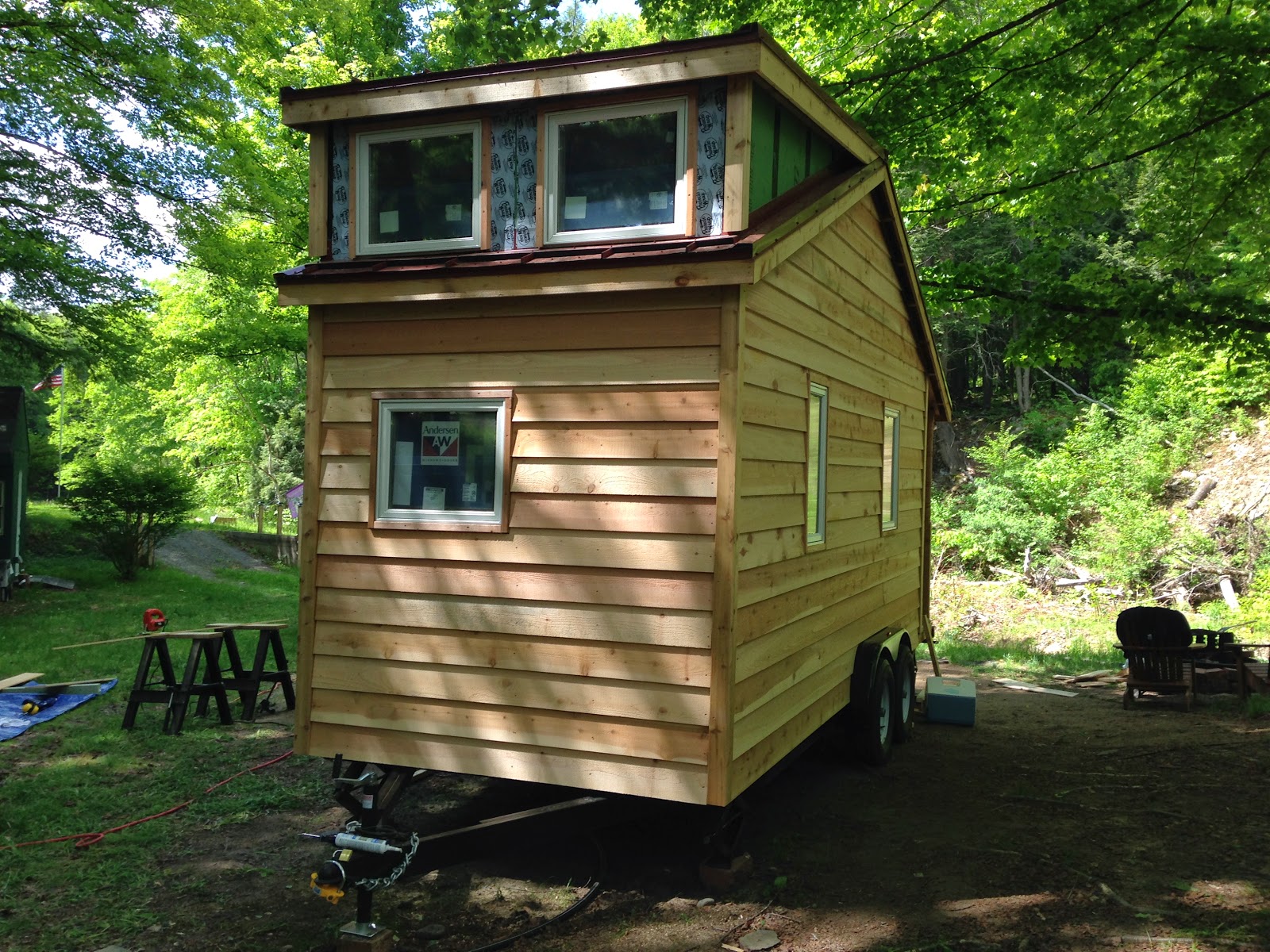 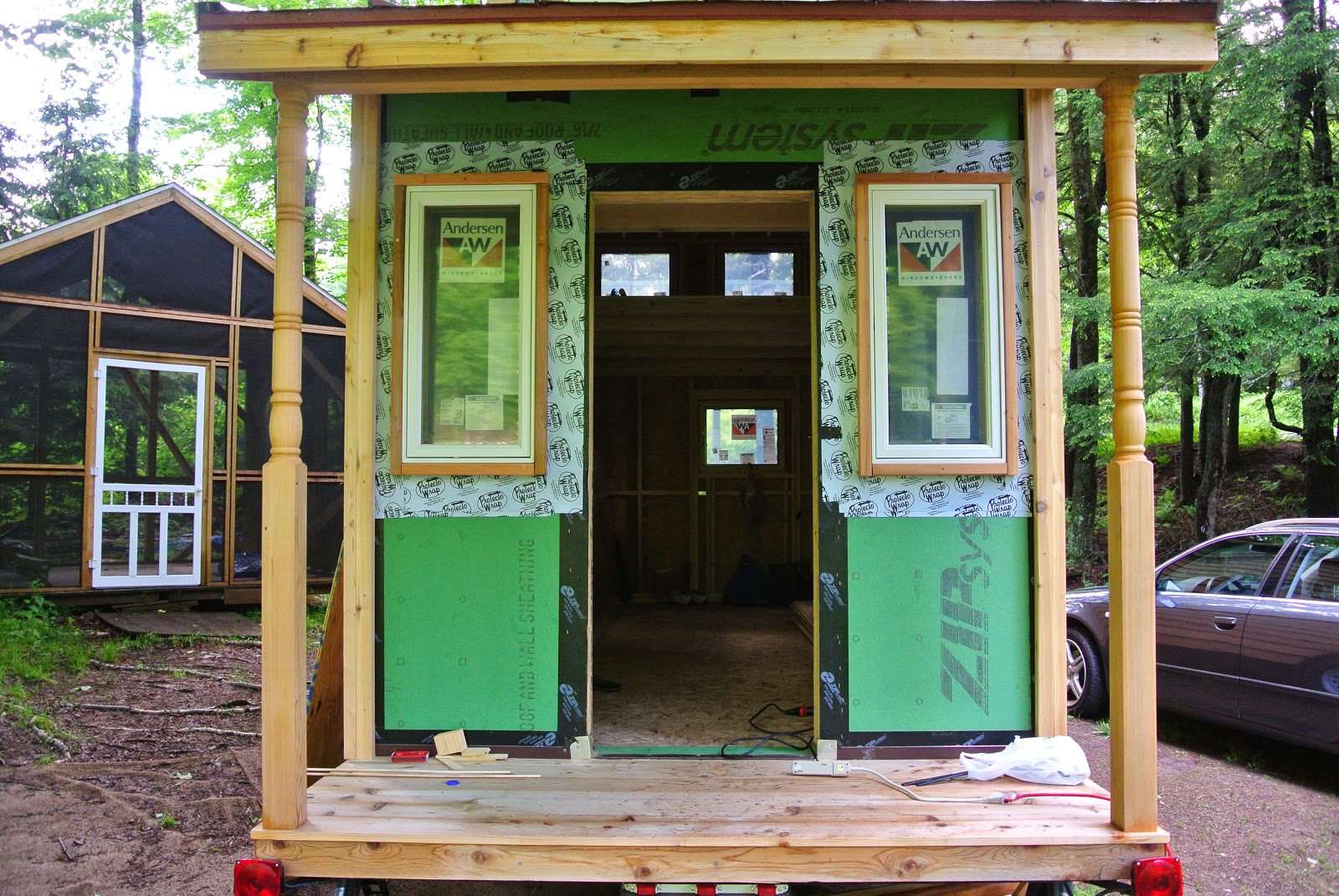 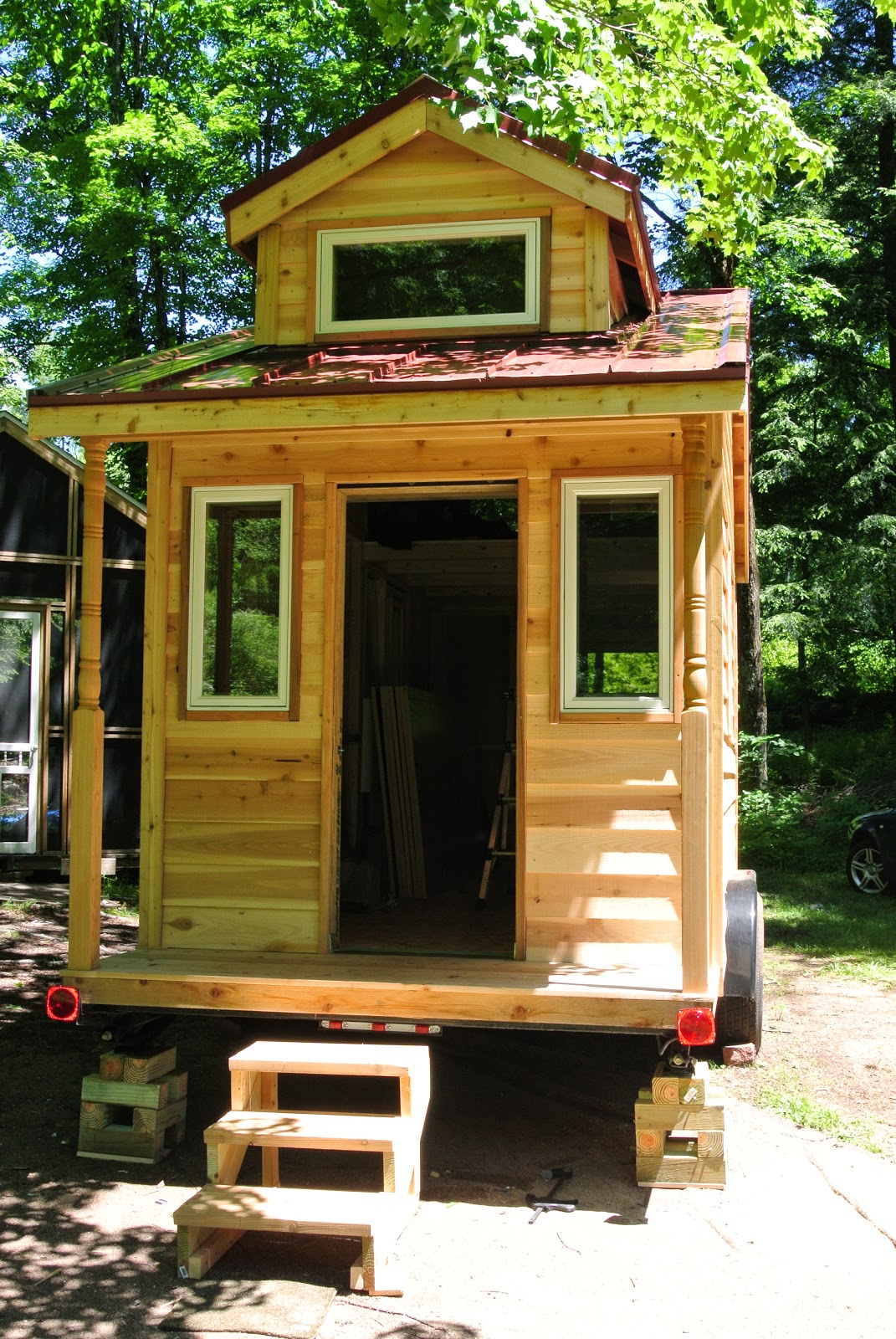 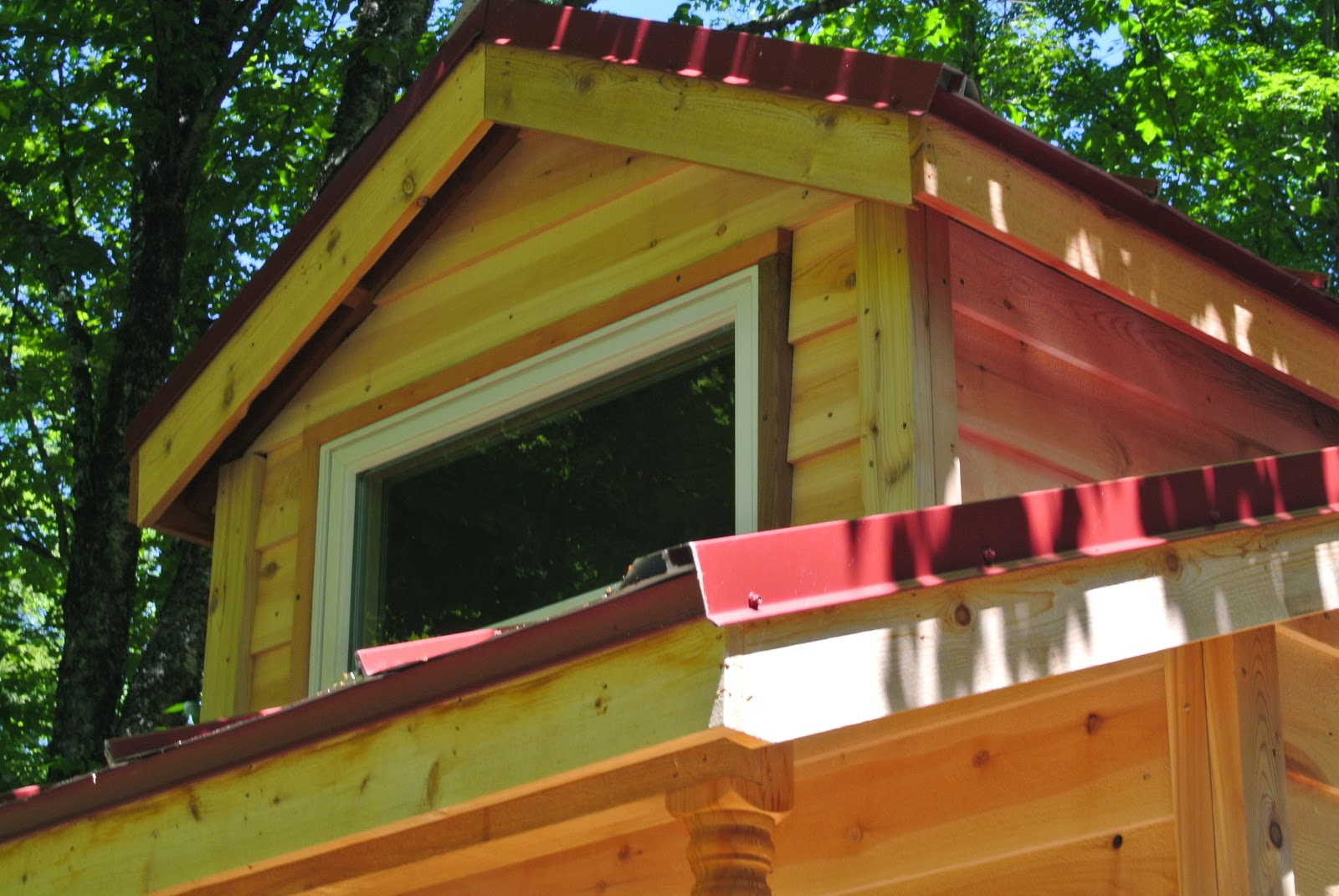 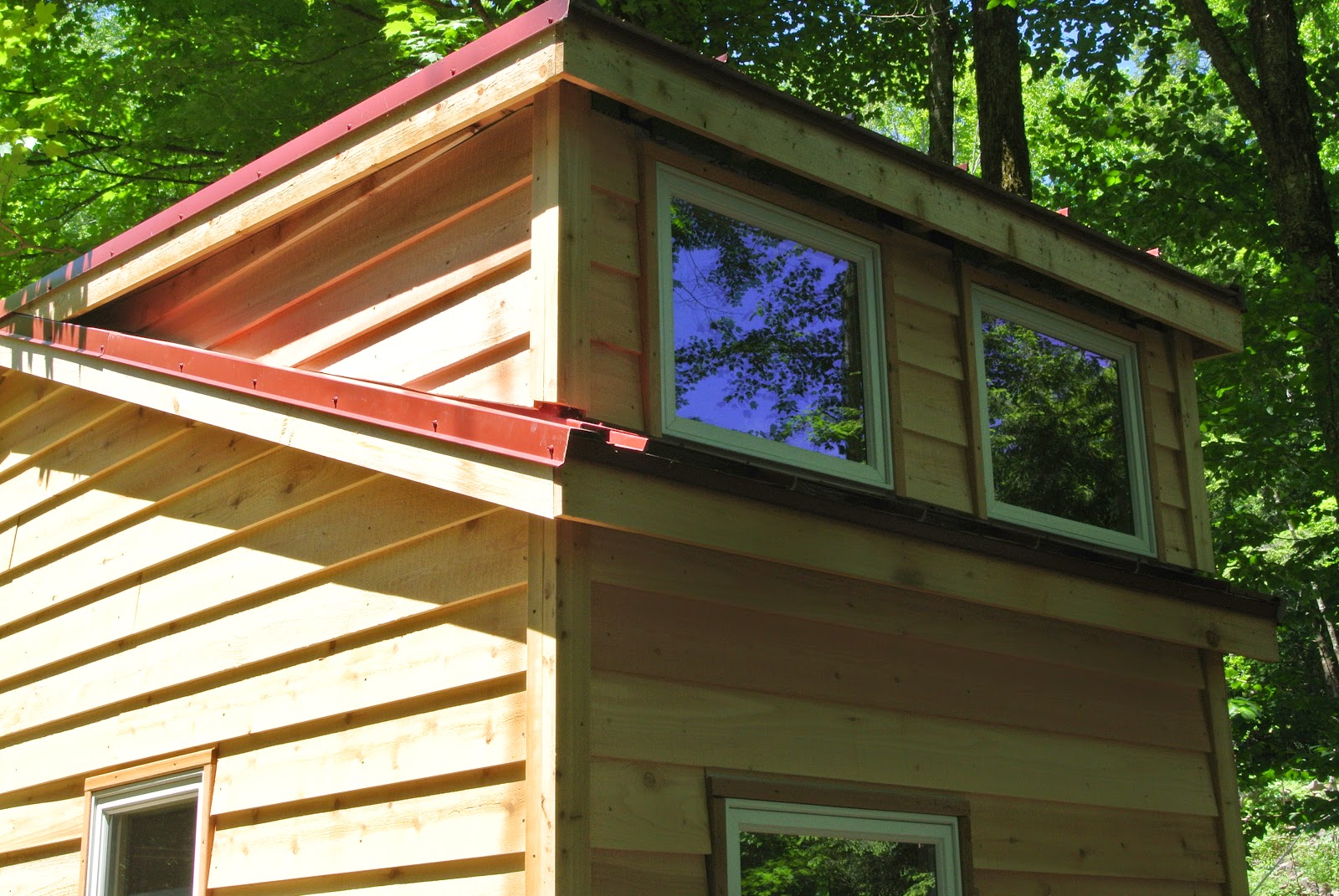 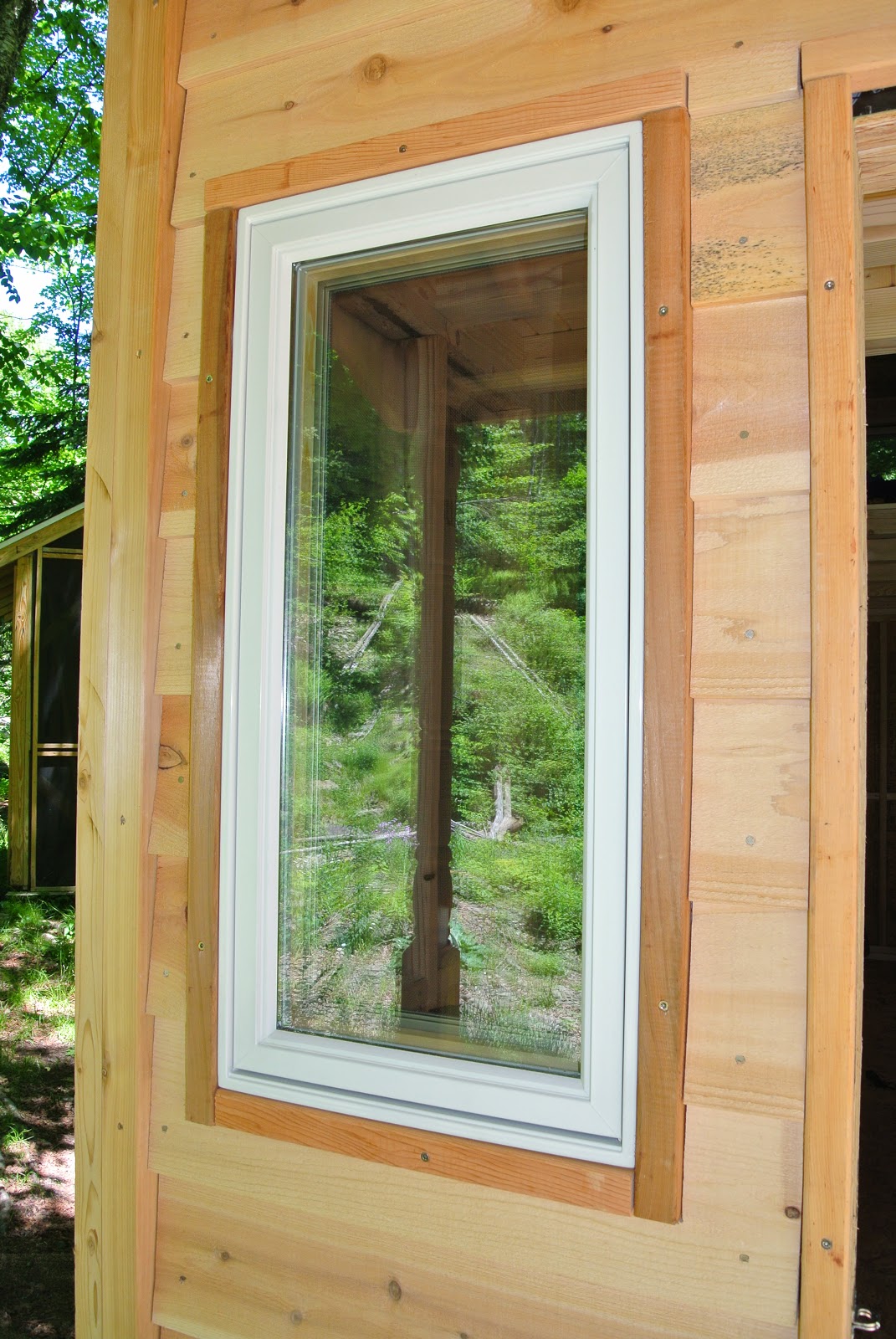 Nice right?  It just really starts to take on a life of it's own and looks like no RV you have ever seen...  As you approach the roof line with the siding, you need to incorporate the roof angle (20deg) and cut the boards accordingly.  It's a trial and error process.  There are a few strange looking pieces you need to cut.  The one below being likely the most complex...it's the top most piece in the loft area on the side. 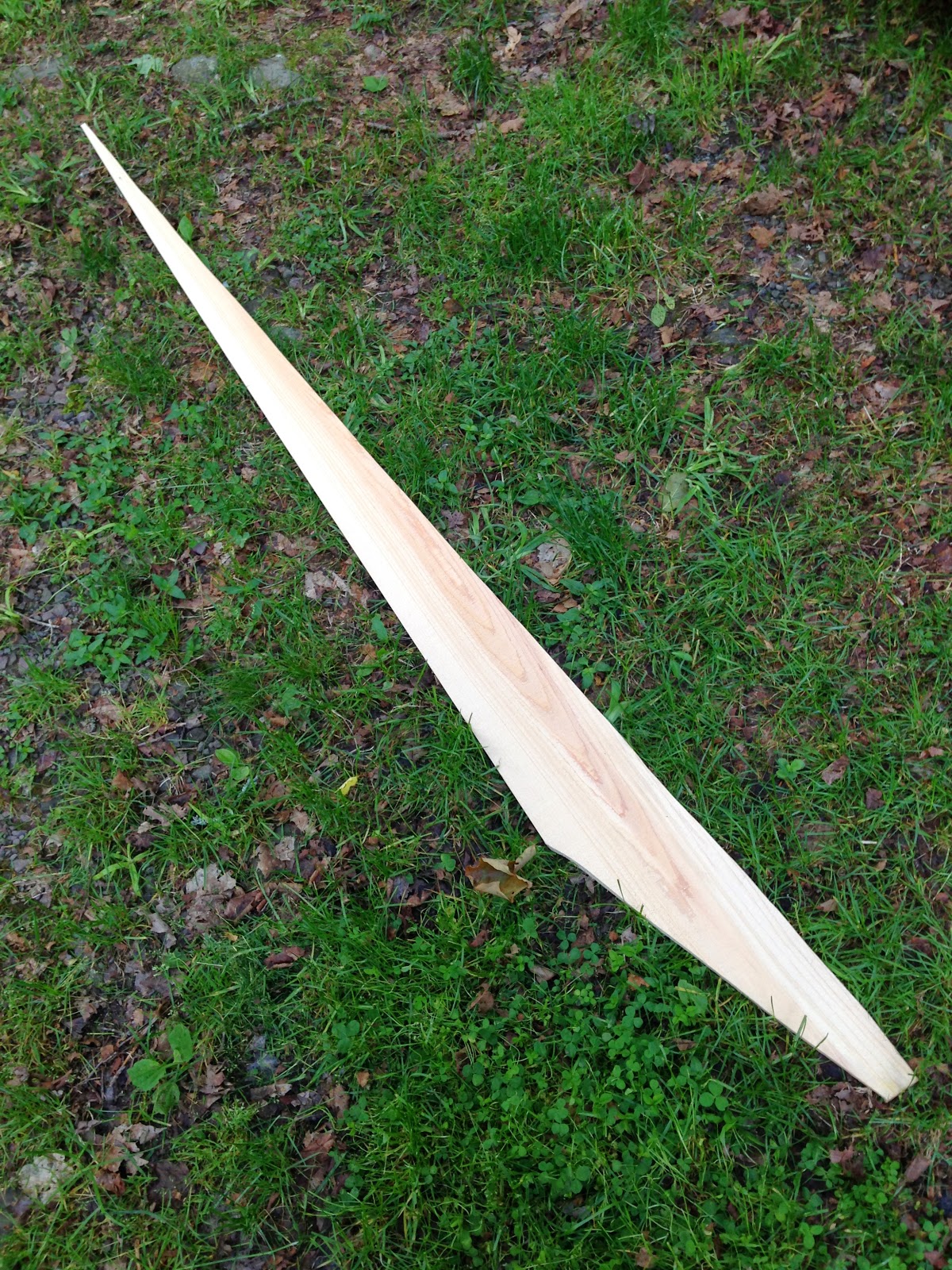 And then you are done with the exterior.  Only thing missing is a proper door at this point.  Been thinking about what I want to do in that regard.  I have a few ideas which I will share shortly. 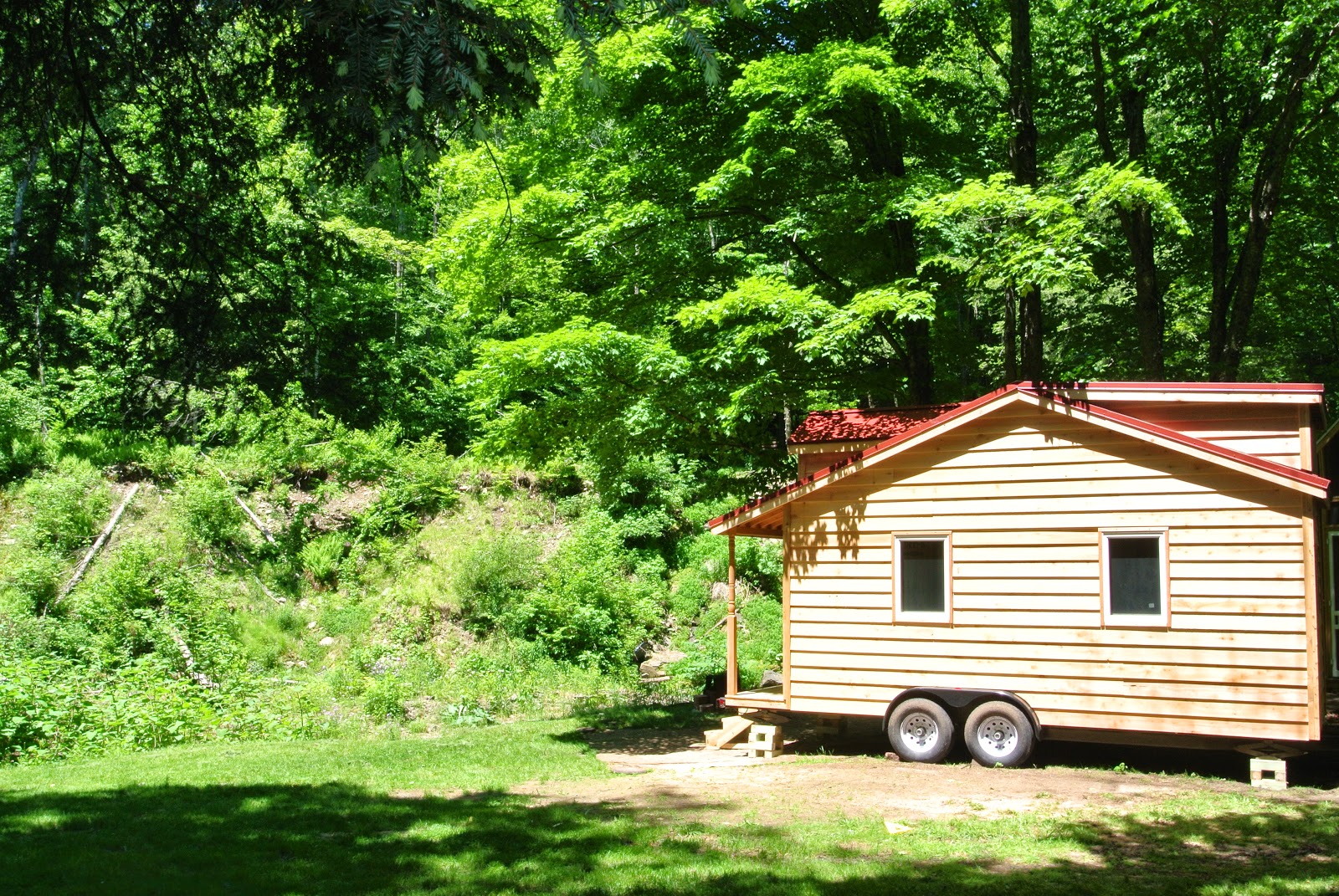