Taking a break from the build posts here... So I had that previous post where I indicated that I had gotten a surveillance camera for the property.  This is really one of the better purchases I have made.  This thing is great.  There is an eye in the sky keeping a 24/7 watch on my tiny house.  For the most part the thing works great.  I did have a 24 period a while ago where the camera seemingly took an image every minute or so.  When I first saw this long list of images on the SD card, my first inclination was to delete them.  Thankfully the idea for the following popped into my head before I tossed these images into the trash.

It's great to see that literally nothing happens up there in the course of an entire day.  Pretty soothing in a way.
Since then the camera has been working fine and for the most part doesn't send me too many pictures.  There is a lot of wildlife up there though and the following is a sample of the kind of stuff I have been getting. 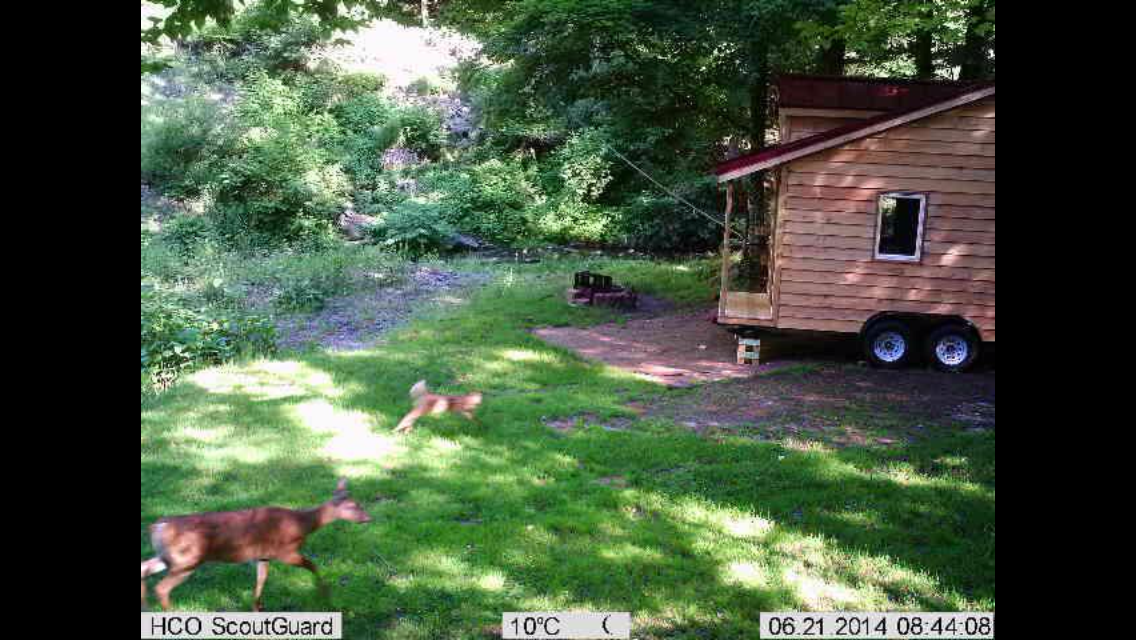 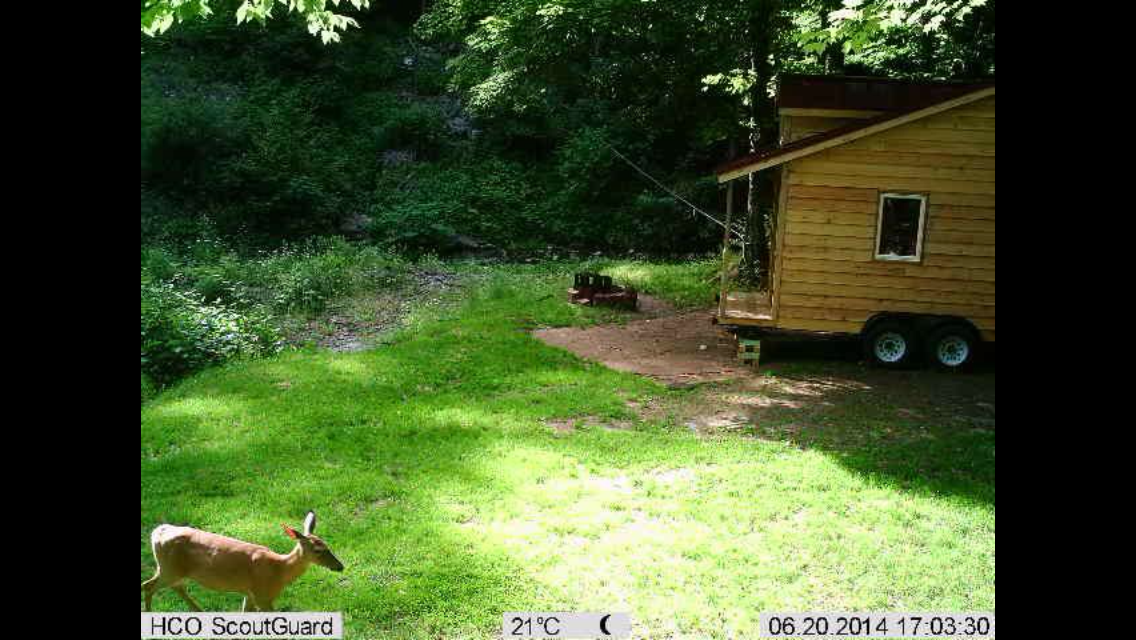 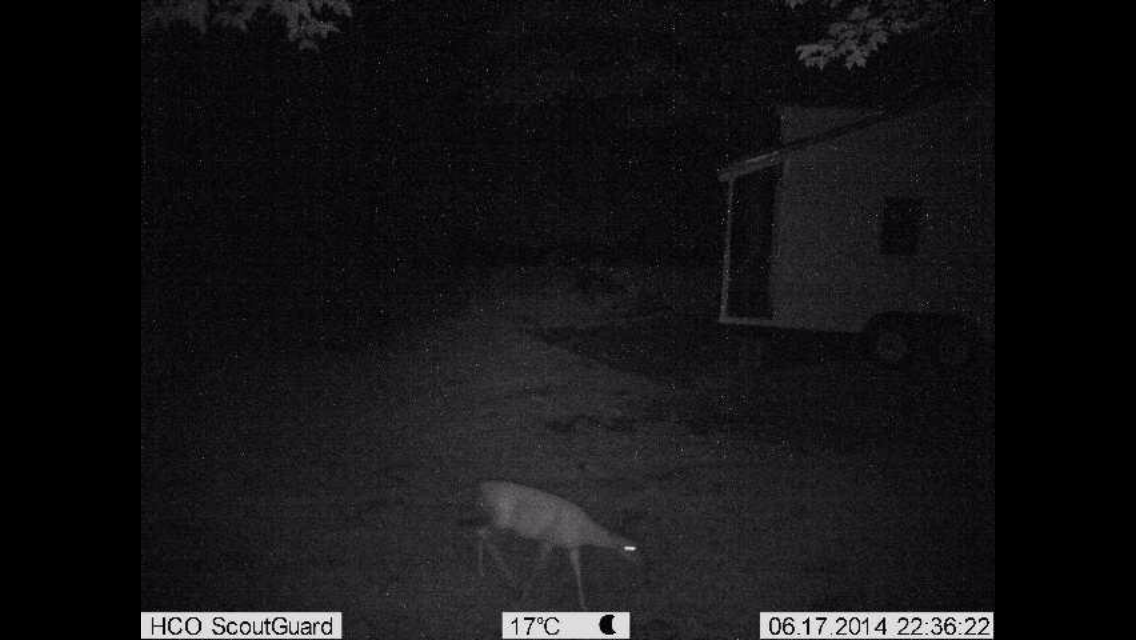 That really has the ability to brighten my day when I get a text like that from up there.  Makes me feel connected to the place even when I'm far away.  Bottom line is that the camera is a great thing to have and well worth the peace and peace of mind that it brings.

UPDATE:
There have been tons more deer pictures since the last post on this topic...but, this was the best!!: 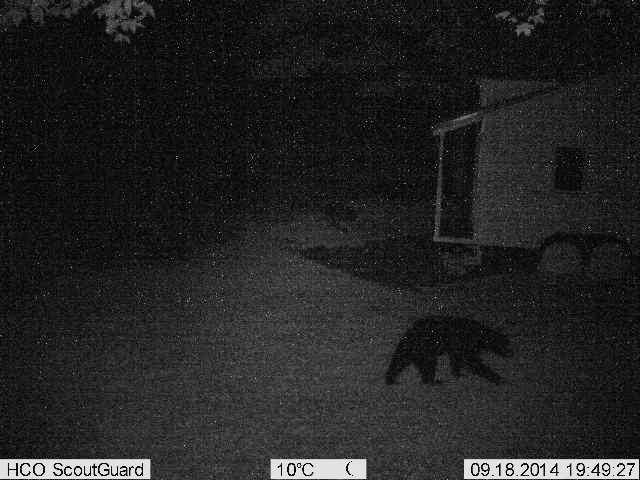 Then there was this one: 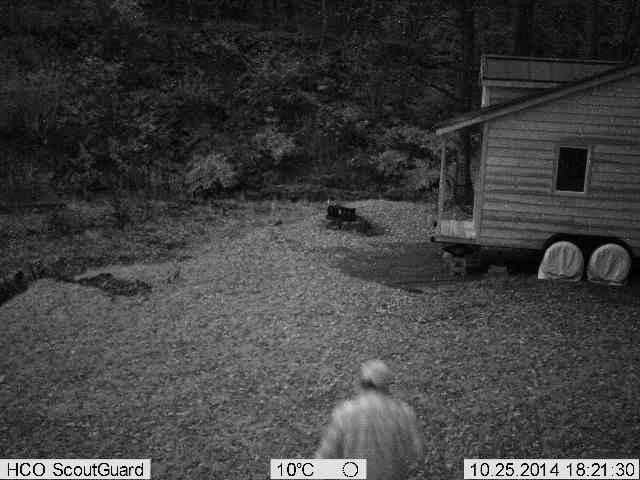 Didn't like that one bit.  Don't like people poking around.  I called the police and then a short while later got this picture with the state troopers in full force: 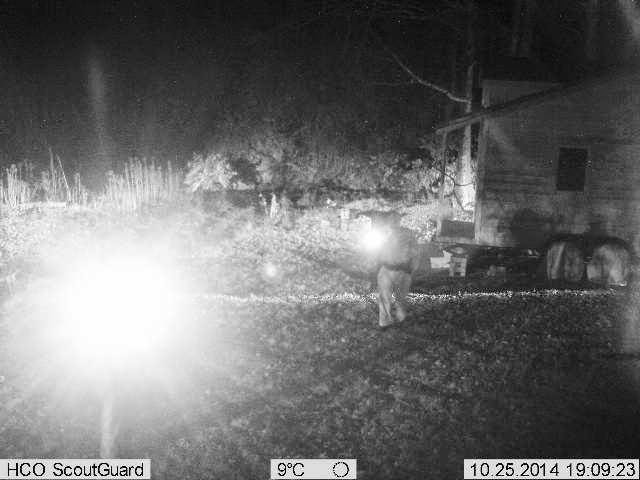 And that is why I have this camera ultimately.  Ultimately it was just somebody curious apparently.  I much prefer to get pictures of deer and bear...