Because I like to know what's going on upstate I wanted to see how I could monitor my place while not there.  There is just electricity up there, so no cable modem or other internet connectivity.  I started to look around and there a tons of hunting related 'game' cameras that work off a motion sensor.  Here is an example of one. 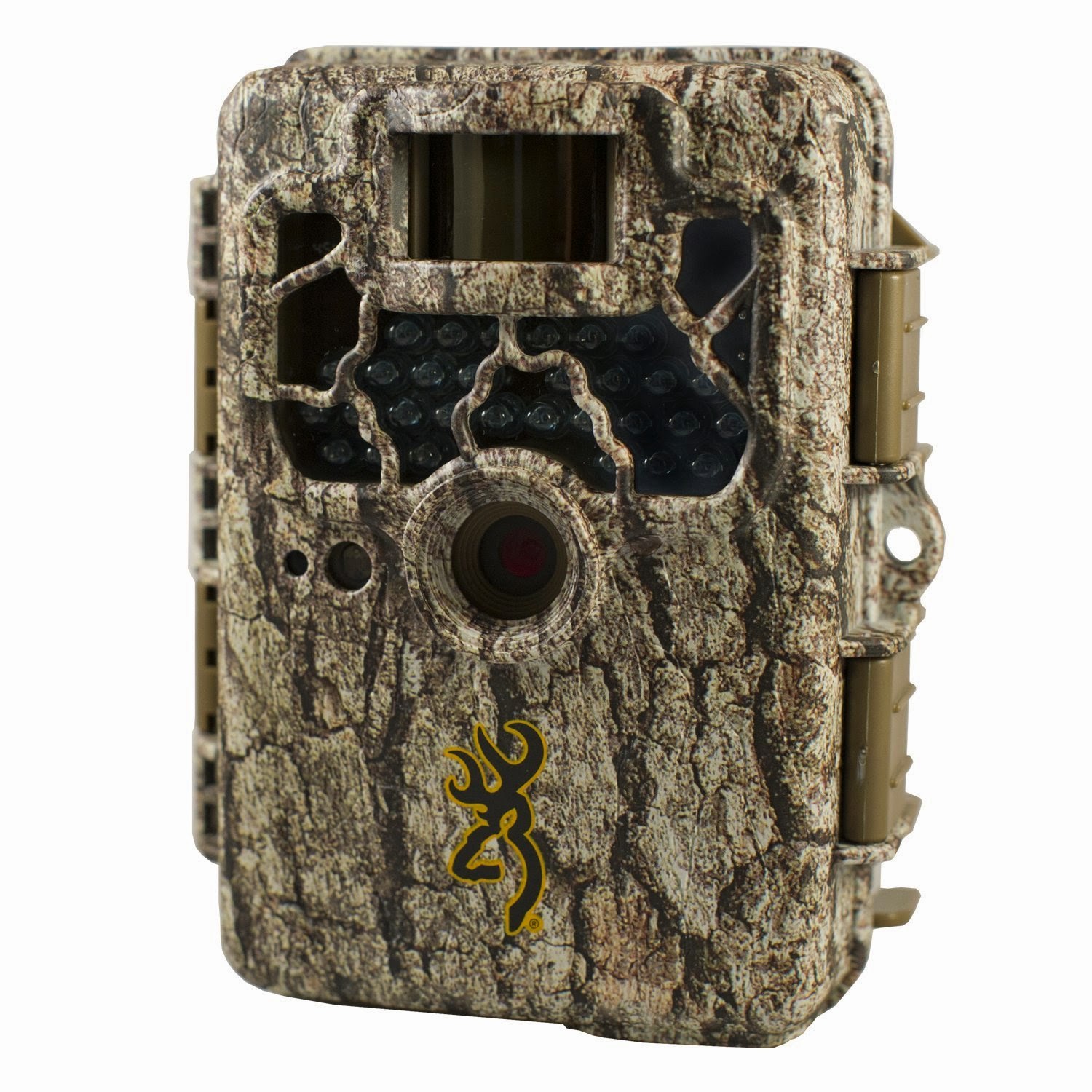 They are battery operated and shoot cool pictures like this: 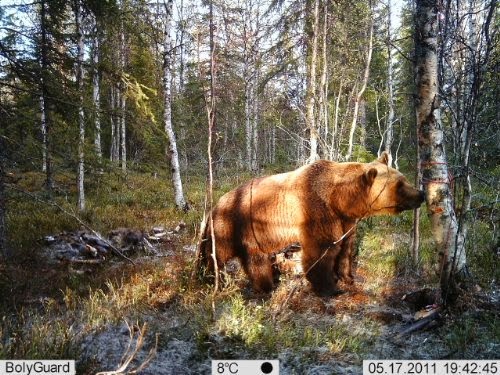 The problem is that those pictures all just reside in the camera until you retrieve them.  There are a few cameras though that use a cell sim card to transmit images out as an MMS to your phone.  That sounded like the ideal thing for me.  I opted for this one being shown off Price is Right style: 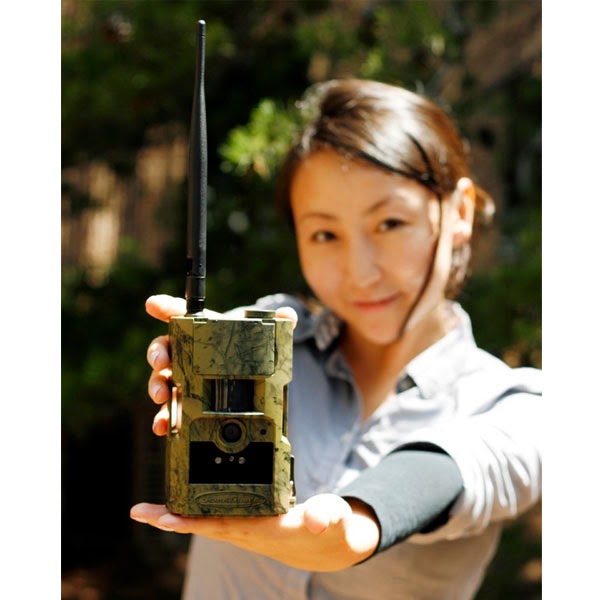 This is kind of a fringe type device and the configuration was extremely difficult. I had to get a SIM card from AT&T but you can't set it live unless you have an IMEI number which you can only get from a phone and not the camera.  So that meant buying a used AT&T phone on ebay, setting the card live, getting on a rate plan. That was only half the battle though since I still needed to configure the camera...and so on...you get the idea.  There was nothing easy about this but, I persevered and somehow got it functional (after final text edits to the 'ini' file the camera uses).  Bottom line is that it works now and here are some shots from yesterday. 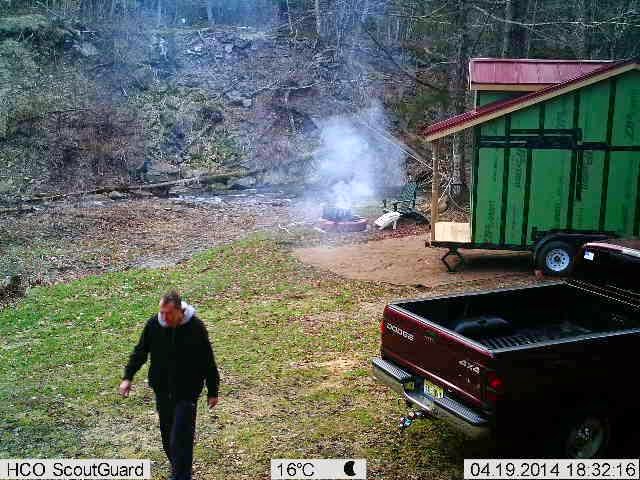 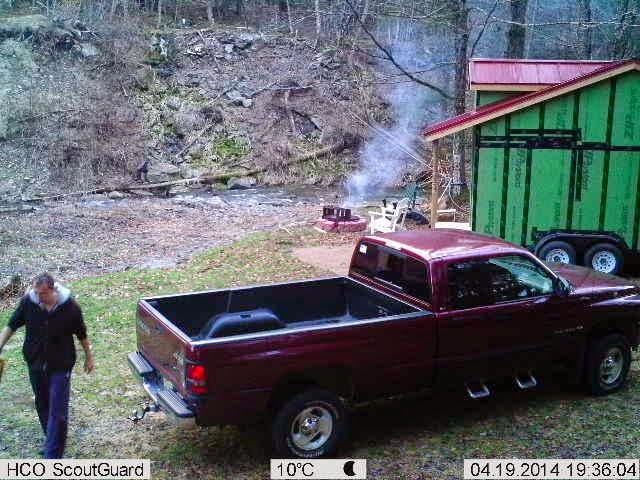 As you can see it works pretty well. These are images that I received via text on my cell phone.  Transmission takes about 60seconds and I have it set up to only shoot once per minute when motion occurs.  Nice timestamp and temperature on the image.  The camera itself is shooting many additional pictures which can be retrieved from a SD card at a later point.  If that weren't cool enough, it works at night as well via infrared invisible flash. 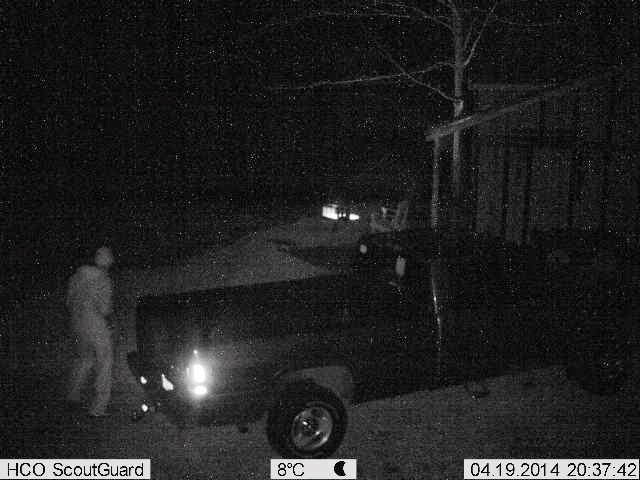 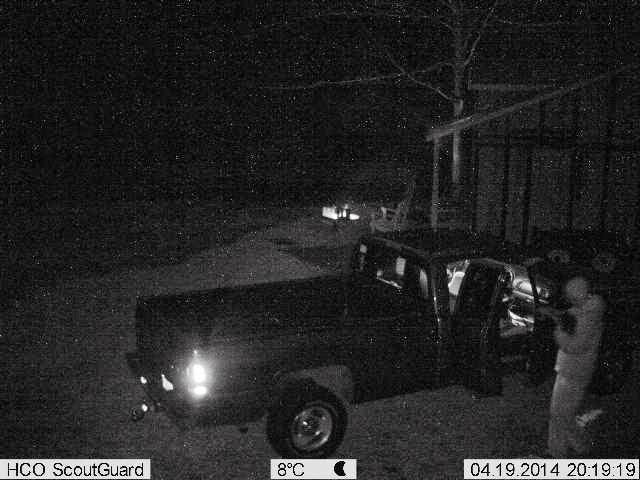