Made a good amount of progress today in heading back East today.  Day started of very successfully at TheShedYard, where I picked up my Tumbleweed after a delicious Waffle House breakfast.  It was cool to meet the guys that build these things.  We hooked up the UHaul to the Tumbleweed and off I went.  The house might be tiny but this is a pretty big rig since the truck is a 14 footer and the Linden is a 20' with about another 4' for the hitch part. Add all that up and you wind up with 38' if my math is correct... The truck was slow to begin with; now it's REALLY slow.  0-60 in over a minute.  Oh wait, it won't do sixty unless you are going down hill and have a tailwind.

Speaking of wind, this was a major problem today.  I have felt uncomfortable driving in snow before.  I have also had bad days of driving in rain.  After today I can add 'wind' to that list.  Kansas is flat and the wind moves quickly.  Biggest issue was that the wind was coming almost directly from the north and I was heading East all day which meant that it was pushing really hard against the side of both the truck and the trailer.  Was kind of harrowing at times.  Towards the afternoon it let up a bit but there was a good portion of the day driving between 40-45MPH. 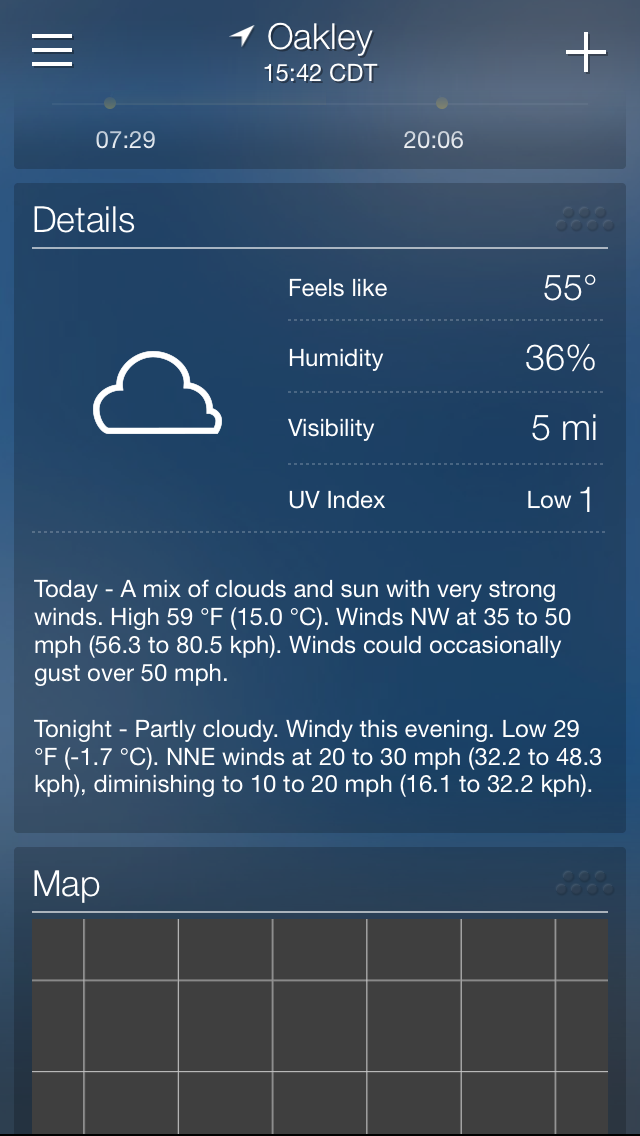 Note the wind details... It was like being in a sandstorm at times with fog like visibility issues. No fun.

I made it to Junction City Kansas.  Did meet several people today that were keenly interested in what I was towing.  One group of ladies I ran into in the middle of nowhere on one of several re-fueling stops said, "Is that one of those 'tiny houses' I've heard about?  I said 'YES!'.  I gave them the tour and they thought it was great.  They couldn't believe that I was heading all the way to NY with it...

Hoping to make to Indianapolis tomorrow.  I leave you with some shots to sum up the day: Oh yeah...gas is kind of pricey.  The truck is getting a solid 8.9 miles to the gallon.  Other than that, the truck has been pretty reliable.  I have heard some stories about bad UHaul equipment.  This truck is pretty new though and has 31K on it and is running well. It's pretty loud in there though.
Anyway, that's it...good night.